Senior Tanay Wakhare is Both the Student and the Teacher 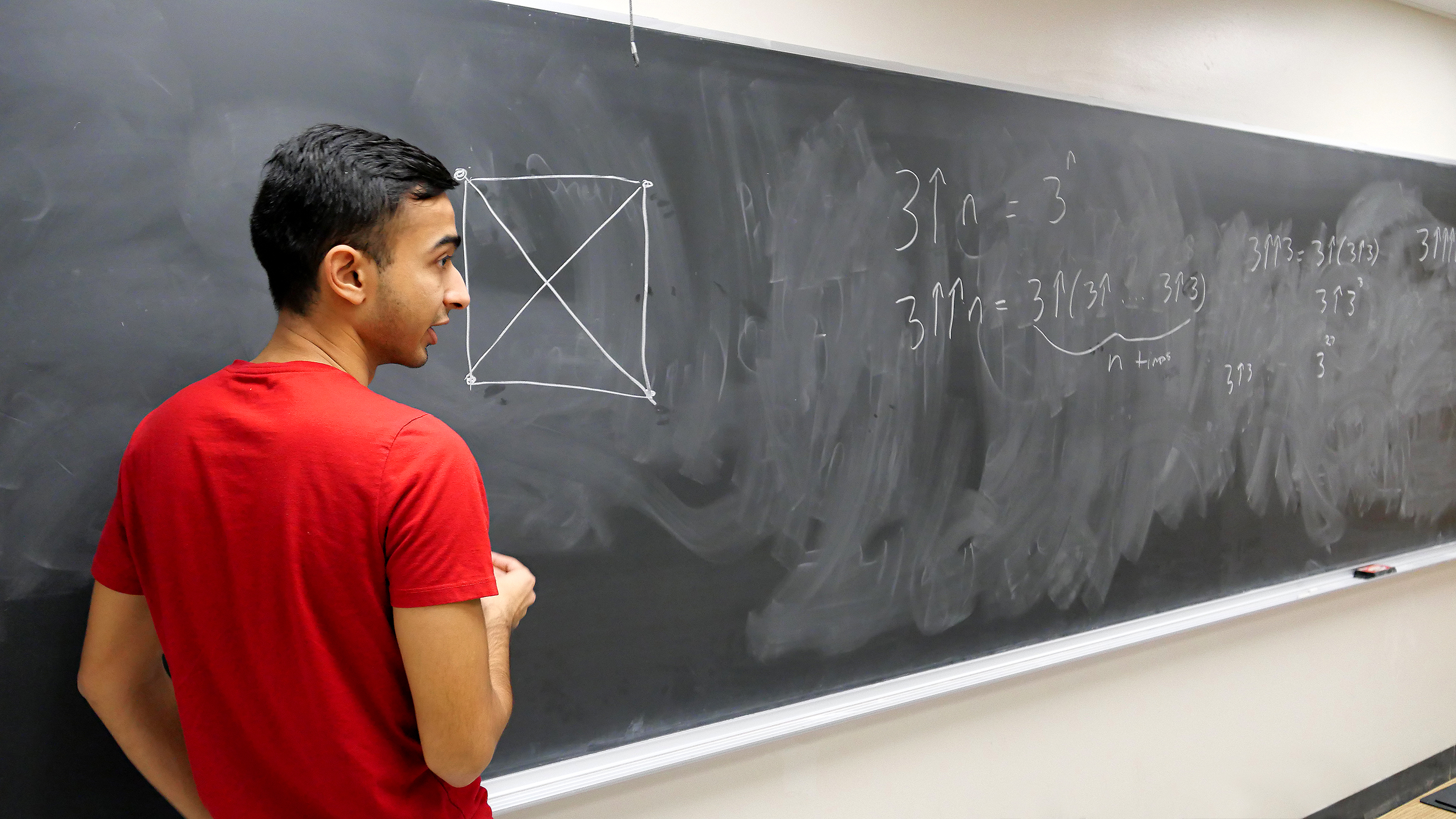 Sophomore year is when many college students begin to feel confident about campus life and the classes they’re taking. Tanay Wakhare was confident enough to start teaching one.

During Wakhare’s freshman year, he heard then-student Ishaan Parikh (B.S. ’19, computer science) talk about his efforts to launch the university’s Student Initiated Courses (STICs) program and wanted to learn more about the program, which allows students to design and teach for-credit courses with a faculty member’s guidance.

The STICs program demonstrates the fresh perspective students can offer on topics that intensely interest them or that professors don’t have the bandwidth to teach.

Wakhare’s niche is number theory, which centers on discovering and proving interesting and unexpected relationships between numbers. He has been studying it since high school. While the topic of Srinivasan Ramanujan’s role in modern number theory research may sound complex to a non-math major, Wakhare developed the course to make it more approachable to peers from all majors.

“We try not to stress the mathematical theorems that some students might have learned in the number theory course here,” Wakhare said. “I also try and give some historical and modern context, like what number theory research is right now today.”

Wakhare went on to teach other STICs such as “Proofs from the Book” and “The Mathematics of Erdos,” both on the study of counting. He has discovered during his five semesters of teaching that he enjoys it.

“You have to be sensitive,” he said. “Realistically, what can the students learn with their backgrounds? What are they interested in? How do you make it interesting? And our goal has been to cultivate that interest … to get people to start learning on their own.”

When it comes to his own studies, Wakhare has excelled throughout his tenure at Maryland. In 2018, he was awarded a prestigious Barry Goldwater Scholarship, which encourages students to pursue advanced study and careers in the sciences, engineering and mathematics. He is also a member of the University Honors program in the Honors College and a Banneker/Key Scholar.

Wakhare has also conducted research on number theory and combinatorics—a branch of mathematics that focuses on counting. His research in these areas led to 12 published papers, eight papers submitted for publication and two papers in preparation.

After graduation, he plans to pursue his Ph.D. in computer science.

“Tanay is an exceptionally talented young mathematician—by far the best student I have ever met in my career,” said his mentor Christophe Vignat, a professor of physics at the Universite Paris-Saclay. “He has a very promising future in mathematics.”