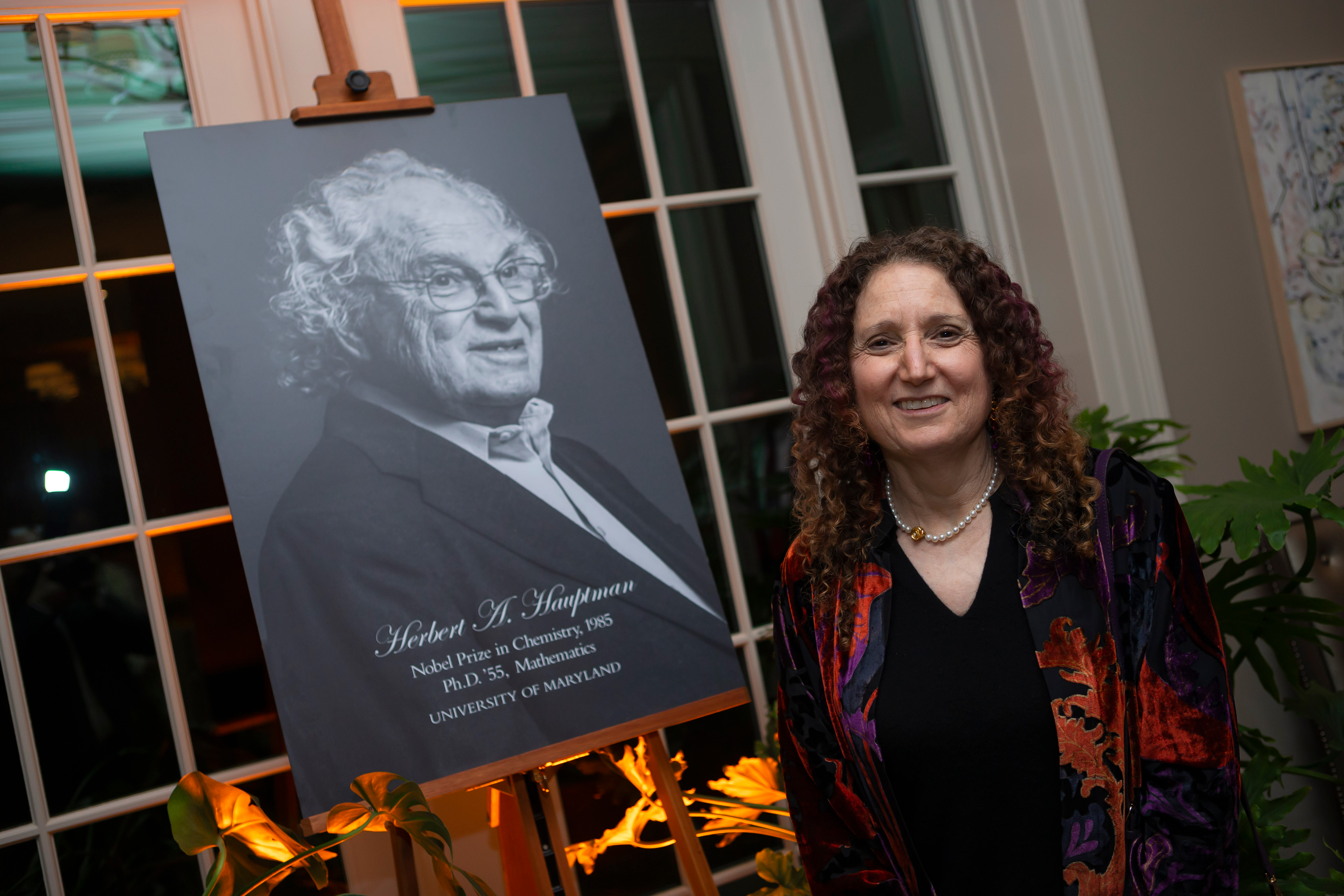 Hauptman shared the 1985 Nobel Prize in chemistry for creating a method to determine the 3D structure of molecules.

The University of Maryland’s Department of Mathematics received an estate gift from Carol Fullerton that honors the memory of her late father, Herbert A. Hauptman (Ph.D. ’55, mathematics). The gift will establish the Herbert A. Hauptman Endowed Graduate Fellowship Program in the department.

“The gift is a transformative moment in the history of our department,” said Doron Levy, interim chair of the Department of Mathematics. “It will provide us with the resources needed to elevate the experience of our Ph.D. students. We are so proud to be Herbert Hauptman’s alma mater, and we believe that the gift will allow us to carry on his legacy for many years to come.”

Hauptman and Jerome Karle were awarded the Nobel Prize in chemistry in 1985 for “outstanding achievements in the development of direct methods for the determination of crystal structures.”

The road to these achievements began in 1947 when Hauptman began collaborating with Karle—who worked at the Naval Research Laboratory—on X-ray crystallography, a technique used to determine the structure of molecules.

At the time, X-ray crystallography could only determine certain simple molecular structures. Hauptman and Karle developed equations that made it possible to directly determine the structure of larger molecules, such as proteins, using X-rays. This work enabled biological research and medical advances.

Hauptman lived in the Washington area until he joined the Medical Foundation of Buffalo in 1970, later becoming the organization's president. In 1994, the foundation was renamed the Hauptman-Woodward Medical Research Institute in honor of Hauptman and Helen Woodward Rivas, who helped establish the foundation.

“I had a sense of what was happening at the time, but I didn't know the ramifications of what he was doing,” Fullerton told The Washington Post in 1985.

She recalls her father doing work on the dining room table when she was a child. One day, she tried to play a joke on him by adding a minus sign to one of his formulas. But he knew right away, she said.

“It is even more meaningful that Carol and her father are both alumni of this great university,” said UMD President Wallace D. Loh. “This gift will not only have a positive impact on the Department of Mathematics, but also on the state of Maryland. It will enable us to continue attracting and retaining the best and brightest graduate students in mathematics, which will help our university further drive the economic engine of the state.”