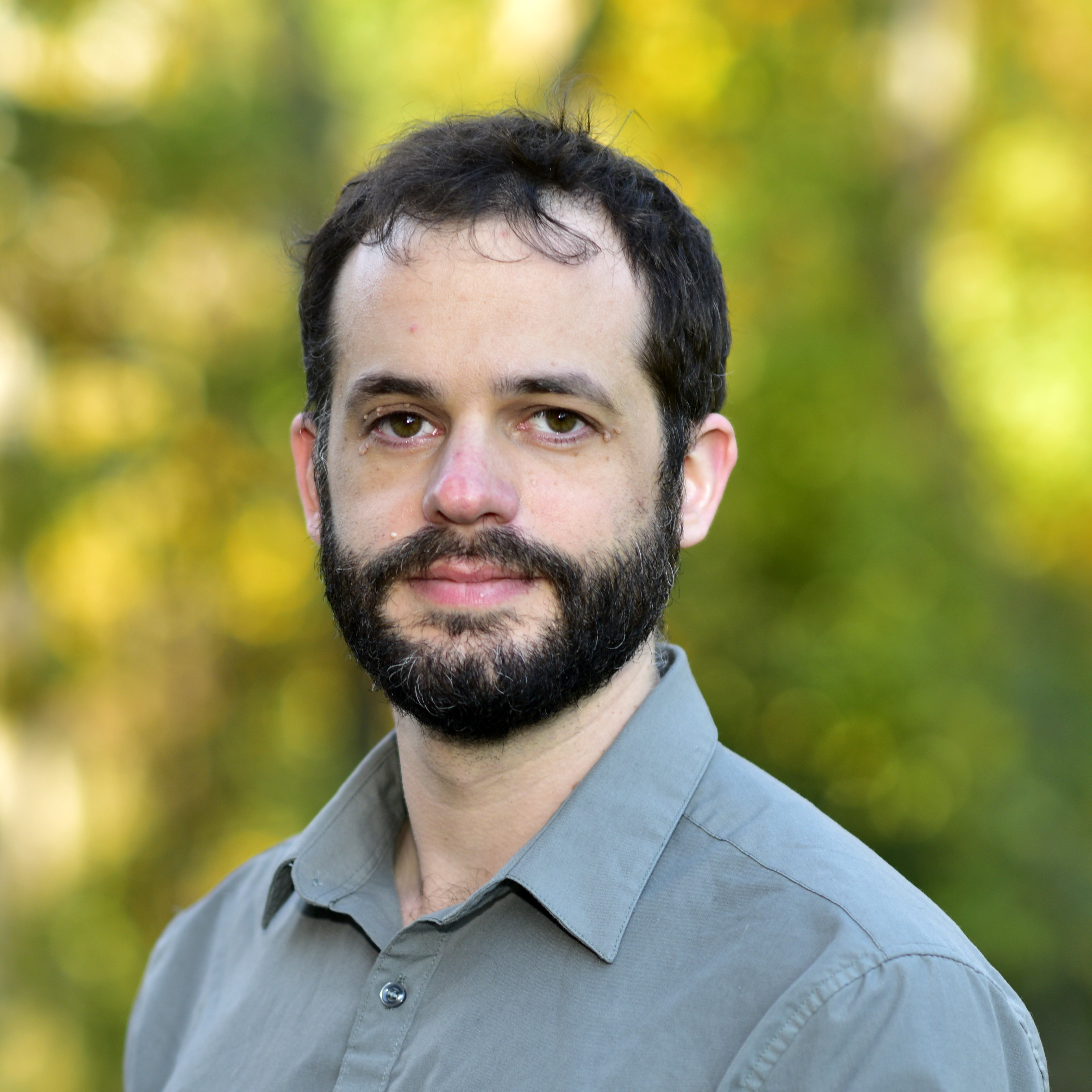 Walk into the office of University of Maryland Mathematics Professor Jacob Bedrossian on any given day, and the heavy tome laying open on his desk is as likely to be about advanced physics as differential equations. That’s because applying differential equations the way he wants to requires a hefty dose of physics. It also requires engineering, stochastics, dynamical systems and more.

Bedrossian studies stability and mixing in fluids and plasmas. Much of his recent research focuses on turbulence, an important but poorly understood physical phenomenon that plays a crucial role in everything from ocean currents and weather patterns to bridge construction and vehicle fuel efficiency.

“We can make predictions about turbulence,” he said, “but there are no real rigorous mathematics to describe what it is and why it happens.”

He likens the world’s current state of knowledge about turbulence to be a bit like ancient navigators’ understanding of the stars.

“People could predict things about the stars, such as where they would be, sometimes hundreds of years out,” he said, “but they still had no idea of the astrophysics behind the movements of stars or why they were organized in that way.”

By working to express some of the most fundamental laws of turbulence and fluid mechanics in rigorous mathematical terms, Bedrossian is laying the foundation for understanding what turbulence is and how it works.

“Fluid dynamics is so complex that the biggest supercomputer in the world will never be able to compute the flow of air around an aircraft traveling 300 mph,” he said. “So, we make approximation models, and engineers design and test aircraft based on those models. If we don’t understand the fundamental mathematical foundations of fluid dynamics, our models will only be so good. However, with rigorous mathematical foundations and equations that help explain why fluids behave the way they do, we could improve our models and design an aircraft in a computer instead of having to run thousands of experiments in a wind tunnel. That could save billions of dollars.”

To tackle the laws of turbulence, Bedrossian takes a somewhat unique approach among mathematicians, most of whom try to describe turbulence with classical ideas from the analysis of differential equations. That branch of mathematics is especially useful for modeling and simulating phenomenon. (Newton’s laws, such as mass times acceleration equals force, are differential equations.) But according to Bedrossian, approaching turbulence that way is more about predicting what will happen than explaining the underlying causes and dynamics of it.

Aligning himself more with physicists and engineers, Bedrossian sees turbulence as a problem of dynamical systems—the study of how systems whose states evolve with time according to simple rules can develop complex and unpredictable behavior. Differential equations tools alone cannot explain dynamical systems, so Bedrossian approaches turbulence and fluid mechanics through the lenses of probability and chaos theory.

Bedrossian joined UMD in 2014 as an assistant professor with a joint appointment in the Center for Scientific Computation and Mathematical Modeling. He was awarded a prestigious Sloan Research Fellowship in 2015 and a Faculty Early Career Development Award from the National Science Foundation in 2016. This year, he received the Activity Group on Analysis of Partial Differential Equations Prize from the Society for Industrial and Applied Mathematics and he was promoted to professor.

Bedrossian achieved early success for breakthrough work demonstrating how mixing helps turbulent systems with distinct vortex shapes maintain their structure. These ubiquitous vortexes, seen in tornadoes and hurricanes as well as in water flowing through pipes or cream stirred into coffee, are intriguing because they demonstrate a type of stability, a coherent structure, within turbulent systems.

Along with his collaborators, Bedrossian showed that as a disturbance is introduced to a vortex, the swirling of fluid within the vortex stretches the momentum of the disturbance until the disturbance dissipates, and the vortex maintains its distinct form. This is much the way a dollop of cream is stretched into a stirred cup of coffee. Eventually, the cream is dissipated and mixed in as the coffee continues to swirl.

“This project took the first step toward understanding why a vortex is so much more stable than other fluid flows,” Bedrossian said. “It’s a very complicated answer, but our work was the first mathematical work that showed one aspect, the stretching of momentum, contributing to this stability.”

The quest to understand a coherent structure, such as a vortex, in fluid mechanics was one that most mathematicians had long abandoned as too hard to solve. But since Bedrossian’s groundbreaking work, others have been chipping away at the edges of what was once thought impossible. And Bedrossian continues his quest to make inroads into solving impossible problems with the same determination and his unique, physics-based viewpoint.

“After studying fluid mechanics for a couple years, I knew that the stability part was just one side of the coin that needed to be addressed,” he said. “There was very little mathematical work done on the other side, the turbulence side. And yet the engineers consider it the most important aspect of fluid mechanics, broadly speaking.”

What’s more, several of the classical predictions of turbulence made by physicists decades ago have been shown through modern experiments to be not fully correct. To tackle the turbulence side of the coin, Bedrossian sought out colleagues with complementary expertise who could help him develop mathematical equations for verifying or improving the laws of turbulence that physicists started in the 1940s and ’50s.

“These are physical theories that may be phrased in mathematical equations, but they’re not based on rigorous mathematical theory,” he said.

He found the expertise he was looking for a few doors down from his office in William E. Kirwan Hall. In 2017, Bedrossian teamed up with Mathematics Postdoctoral Associate Sam Punshon-Smith, who studies stochastics and probability, and Mathematics Postdoctoral Associate Alex Blumenthal, who studies dynamical systems. Within the first year of their collaboration, they succeeded in understanding the chaotic dynamics of particle motion in certain, relatively simple situations in fluid dynamics. They published two papers on their work verifying laws of passive scalar turbulence, and they have two more papers nearing completion. Although those laws are not controversial, this work lays the foundation for bigger things.

“This work is a big proof of concept for approaching other turbulence theories,” he said. “It gives a springboard and tells us how we should think about more complicated turbulence problems.”

Bedrossian’s multidisciplinary approach and “whatever it takes” attitude present both opportunities and challenges for the students and early-career mathematicians he takes under his wing. Currently, that includes two postdoctoral fellows and two graduate students.

“Our work is fairly multidisciplinary, so my group needs to understand a little bit about several branches of mathematics,” he said. “We want to make mathematical theories that we can directly compare against a physicist’s experiments. That can be challenging because a lot of the questions are not already expressed as mathematical statements. To figure out what is correct from a physics prediction and then create a proof that shows it, we have to explore a lot of physics literature.”

That explains the stack of physics books on his desk. It is not completely surprising that Bedrossian once wanted to be a physicist. He began college at Case Western Reserve University as a physics major who had never been fond of math. But he quickly learned how inextricable math was from the sciences he loved.

“My first mathematics course on differential equations really changed the way I view physics and mathematics,” he said. “I was fascinated by the way relatively simple laws could lead to very subtle, complicated phenomena, and even though we understood the laws, we couldn’t understand the phenomena they predicted.”

Clearly, that fascination stuck with him, because he built his career on trying to better understand those phenomena in mathematical terms.

This story originally appeared on the UMD Center for Scientific Computation and Mathematical Modeling website: