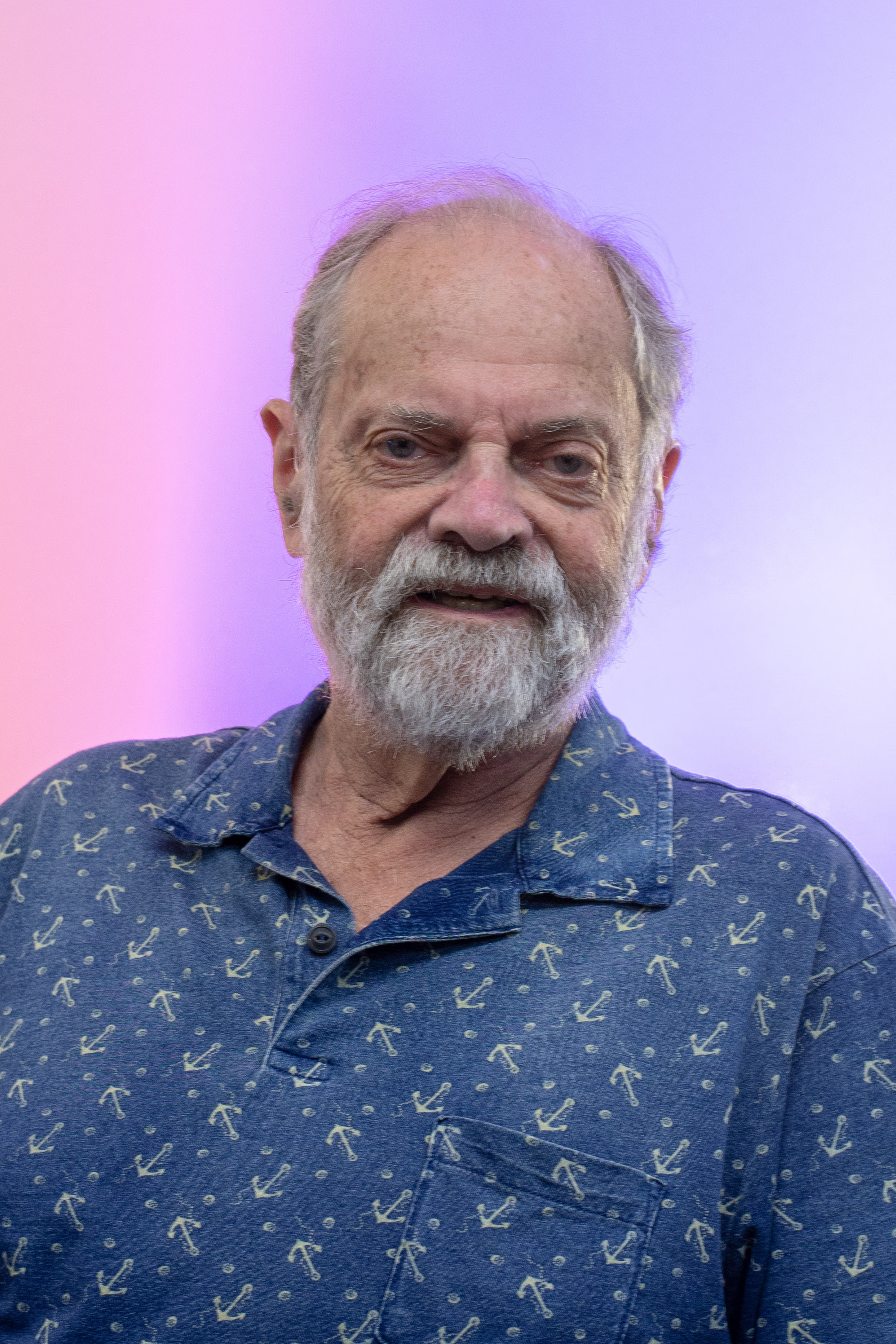 Anyone who has been to the Department of Mathematics’ holiday party in the past four decades will know Professor Emeritus Joel Cohen. He was the guy with the microphone challenging revelers to math-related limerick contests and handing out fake prizes, like “a trillion dollars” or the James A. Yorke Rotunda: “Very spacious, fits in most apartments and houses. Keep it inside. Or put it in your yard—just don’t take it home until after the party.”

Cohen is not a shy man. And his enthusiasm for UMD extends way beyond ensuring a good time at a party. Cohen has actively sought to improve the lives of Terps and others in the community since arriving at UMD in 1975. Over the course of his tenure, he led or served on nearly two dozen committees, commissions and task forces, focused on everything from faculty affairs and student conduct to women’s issues and student athlete welfare.

Cohen was a founding member of the Coalition on Intercollegiate Athletics and the first ombudsperson for the university. He led the University Senate as its chair from 2003 to 2004 and chaired the Council of University System Faculty, which advises the chancellor and reports to the Board of Regents, from 1995 to 1996. In January 2020, Cohen and his wife, Susan Chapin (B.A. ’91, interior design), created the Cohen-Chapin Graduate Student Travel Endowment to help young mathematicians at Maryland attend career-enhancing conferences.

Outside of work, Cohen has been equally active. He served as the national chair of Americans for Democratic Action and as president of his synagogue. Cohen’s commitment to civic engagement is rooted in his boyhood in Worcester, Massachusetts.

“I grew up listening to politics with my father,” Cohen remembered. “My parents were members of every anti-discrimination group that was around.”

He remembers political conversations as a regular feature in his household. He also remembers his parents’ appreciation for academia and education. Cohen’s mother was a teacher, and although his father worked in the clothing industry, he always wanted to be a chemist. Some of their inquiring spirit surely rubbed off.

“I think theoretical mathematics is endlessly fascinating,” Cohen said. “It’s the discovery. What an amazing thing to find something that you know nobody in all of history has ever known, an eternal truth that’s been there but no one has known it.”

Early in his career, Cohen was intrigued by the idea of applying mathematical methods and concepts to language and linguistic systems. After earning a bachelor’s degree in applied mathematics from Brown University, he went to MIT to earn a Ph.D. in mathematics, and studied with the famed linguist and cognitive scientist, Noam Chomsky.

He even wrote a paper that Chomsky published in 1967 asserting that two types of grammar were mathematically equivalent. The paper, which solved part of a problem that Cohen said later became known as the Chomsky Conjecture, turned out to be the subject of a decades-long debate that wasn’t fully resolved until the late 1990s. Cohen, was unaware of the controversy, however, because the field of mathematical linguistics turned into a mere side interest, and he quickly moved on to his primary focus.

Cohen began his career studying algebraic topology, which uses abstract algebra to study topological spaces, and teaching at the University of Chicago and the University of Pennsylvania. After arriving at UMD, he found a new path when he met Alessandro Figà Talamanca, a visiting Italian mathematician. Figà Talamanca inspired him to combine harmonic analysis and the study of infinite trees (a form of graph that does not contain a circular path).

Cohen quickly found himself making frequent trips to Italy to collaborate. He began teaching and giving lectures in Perugia, Milan, Rome and Bari, a city in southeastern Italy. He eventually bought an apartment in Bari. In the 1980s, he divided his time between Maryland and Italy. Since then, he has continued to spend one to two months every year in Bari. Now that he is retiring, he looks forward to spending more time in Italy, indulging his interests in Italian food and art when travel is feasible again. 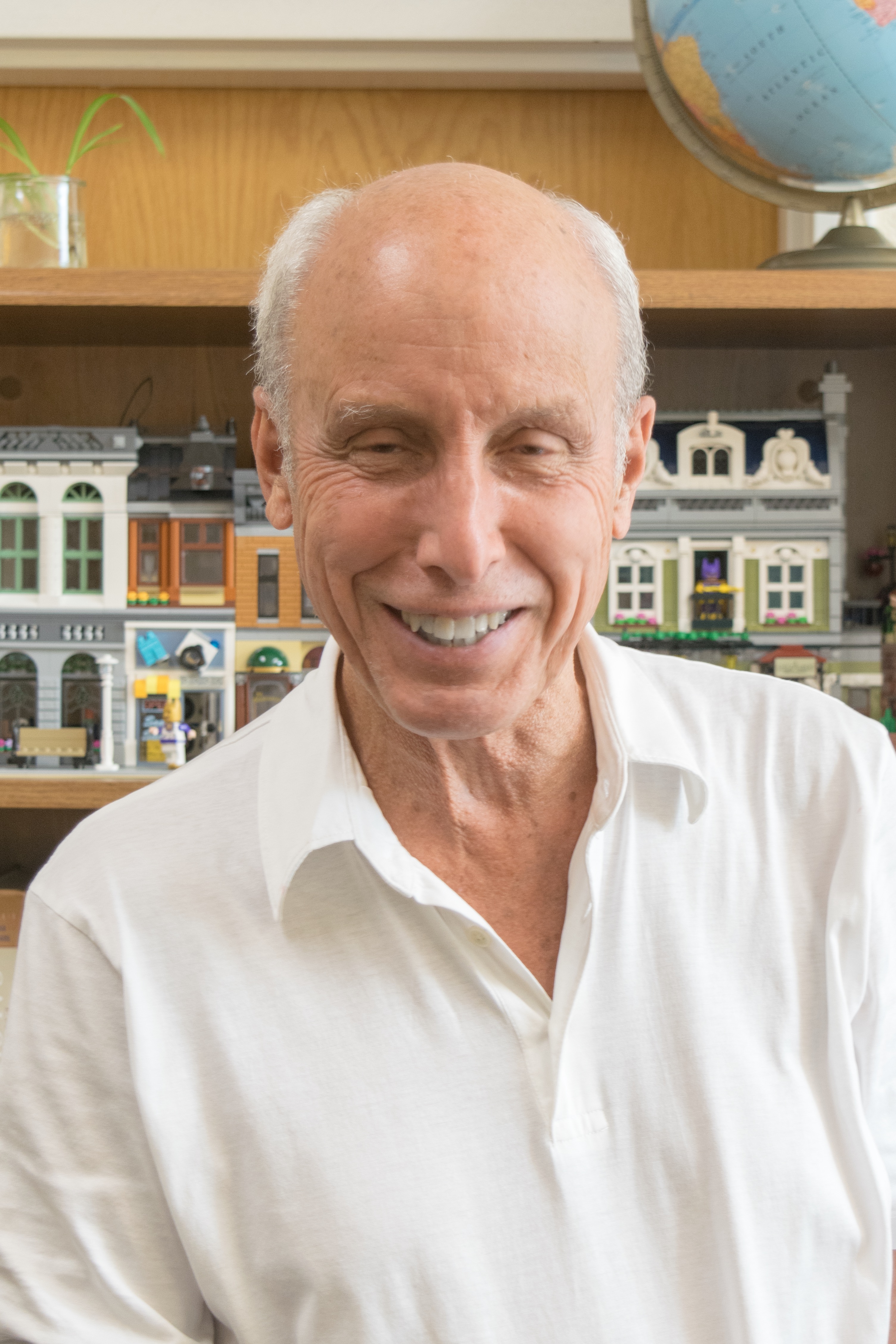 Professor Emeritus John Millson grew up in Ontario, Canada, but he found his community all over the world through the field of mathematics.

“I’ve had some 20 collaborators,” Millson recalled. “From France, Germany, India, Russia and the U.S. Some of them I’ve been very close with, and of the 90-some papers I’ve written, at least 70 of them were collaborations.”

As a theoretical mathematician, Millson studies differential geometry with a focus on discrete subgroups of Lie groups, which are fundamental in number theory and algebraic geometry. But he began his journey to math by way of physics.

After high school, Millson expected to study physics at a Canadian university where he was offered a scholarship. But his father had other ideas. Despite the cost of going to a private school in the U.S., the elder Millson arranged for a friend who had gone to MIT to convince his son that MIT was a better choice.

“My father’s friend made a very persuasive argument that if I went to MIT instead of a Canadian university, I would end up ahead,” Millson recalled. “It was very generous on the part of my father, and, naturally, it changed the course of my career.”

At MIT, Millson quickly found his calling in mathematics. He remembers being captivated by the n-dimensional version of Stokes’ theorem in his second year. With just four symbols on the left of the equation and four symbols on the right, the theorem encapsulates several different theorems from vector calculus and is fundamental in geometry and physics.

“It’s this really beautiful formula,” Millson said. “Until you study mathematics, you don’t know what an incredibly beautiful world it is, in the way that just a few symbols can explain many seemingly unrelated things.”

His ease at making friends in the math world paid off when he found himself on sabbatical with a round-the-world ticket and a cadre of colleagues overseas. He had received a Sloan Research Fellowship in 1978 and spent the fall semester at Oxford University. That left the spring open for travel.

“Pan-Am [the now defunct airline] was selling around-the-world-in-80-days tickets for a thousand dollars,” Millson recounted. “You had to keep going in the same direction, but you could stop anywhere along the way for as long as you liked during that 80 days. I had friends all over the world, so I went to Tokyo to work with friends at the University of Tokyo. And I went to Hong Kong and Mumbai to work with his friends at the Tata Institute.”

It’s no surprise that it was a collaboration that brought Millson to UMD as a visiting professor in 1986. Millson was a professor at UCLA at the time. He and Goldman had published a paper that included a conjecture they couldn’t quite prove. In response to the paper, Belgian mathematician Pierre Deligne sent Millson a five-page letter guiding him toward the solution.

“The letter contained a remarkable new idea about deformation theory, and I was stunned at the magnitude of the idea and the extraordinary generosity of Deligne that he had handed this to us,” Millson said. “So, I wrote to Bill [Goldman] and said, ‘Bill, I’m coming to Maryland and we’re going to work this out.’”

Deligne's five-page letter led to a two-year collaboration, a 51-page paper in the prestigious journal Publications Mathématiques de l'IHÉS and an invitation for Millson to speak at the International Congress of Mathematicians in Kyoto in 1990.

During the time he was working with Goldman in Maryland, Millson felt welcomed and appreciated. He also felt right at home on the campus golf course. When he was invited to join the faculty in 1989, he readily made the cross-country move.

In addition to professional support and friendship, Millson credits the mathematics community with helping him through challenges in his personal life. Twice widowed, Millson said his continuing collaborations with brilliant mathematicians and good friends provided him great comfort through the years. As a reminder of that support, Millson keeps the conference poster from a 2008 birthday celebration the department held in his honor hanging on the wall of his living room. The poster is especially meaningful to him because it was designed by his friend and former UMD mathematics faculty member Richard Schwartz.

When reflecting on his long career, Millson often refers to a quote he heard 37 years ago. In 1983, while Millson was at the Institute for Advanced Study, he was an invited speaker at the 60th birthday conference for the Swiss mathematician Armand Borel. In Borel’s closing speech, he quoted the famous baseball player Willie Mays as saying “getting paid for playing baseball was like getting paid for eating ice cream.”

That quote stuck with Millson, and to this day, it describes how he feels about the career he was fortunate to have in mathematics. And like ice cream, mathematics is something he intends to enjoy for many years to come, even after his retirement.