Two seniors in the University of Maryland’s Department of Mathematics have been named 2020 Merrill Presidential Scholars. The Merrill Presidential Scholars Program honors the university’s most successful seniors, and each of the honorees recognizes a UMD faculty member and high school teacher who helped guide them throughout their academic careers. 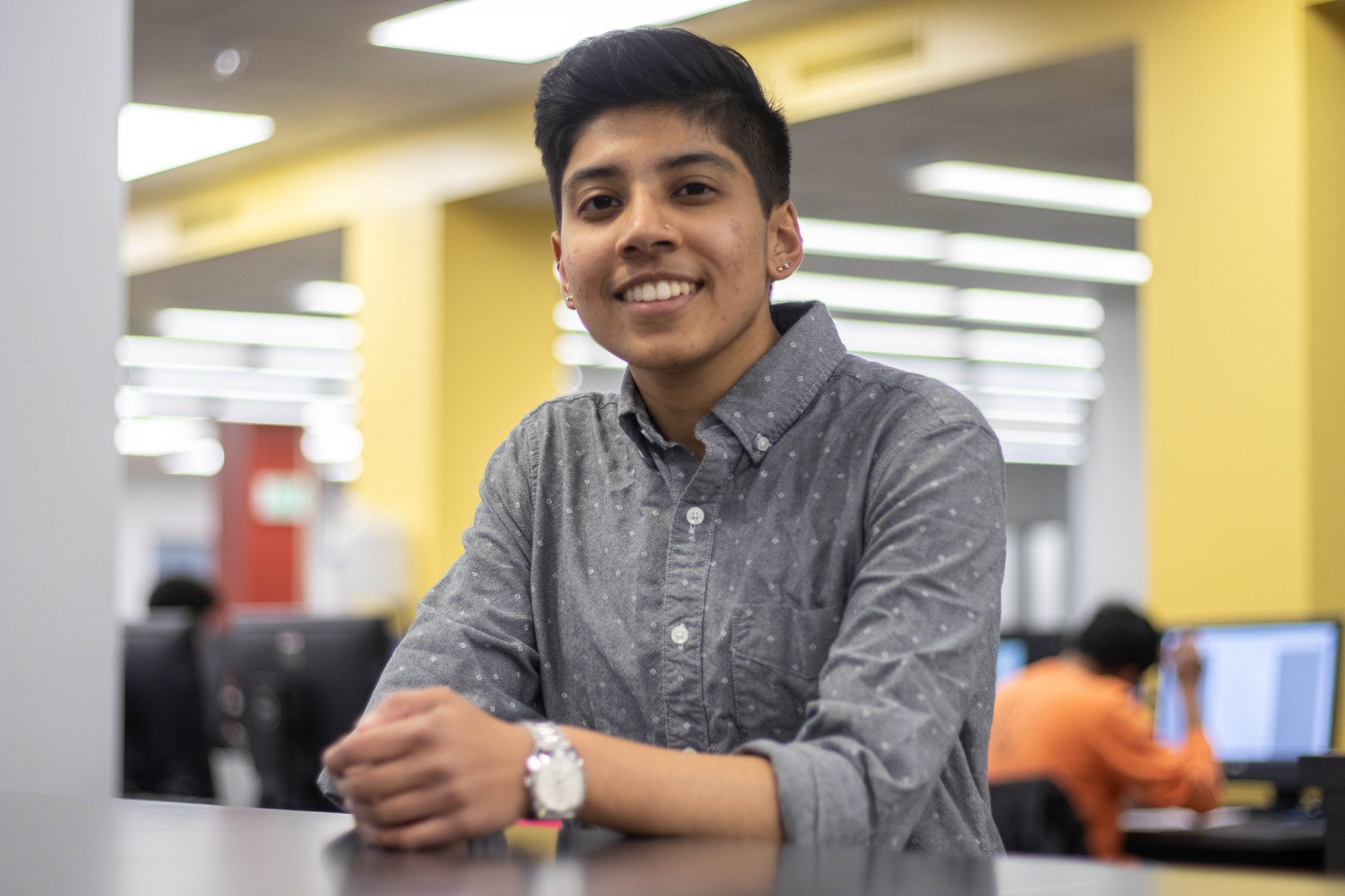 “One nice thing about the Merrill Scholars Program is the aspect of it that honors mentors, because I really think that I would not have achieved a single thing that I've done without the support and kindness I've experienced throughout my life,” said Siri Neerchal, one of the 2020 recipients.

Neerchal started out as a math major at Maryland and later decided to add a second degree.

“I really enjoy math and I knew going into college that I wanted to do something data driven,” Neerchal said. “As a sophomore, I added a second degree in history.”

One faculty member in particular was very helpful in shaping Neerchal’s academic course.

“I approached Associate Professor Colleen Woods from the Department of History for guidance in an independent study on postcolonial theory,” Neerchal said. “And since then, she has been a source of conversation, ideas and support. My discussions with her have shaped my ideas and have helped me rework existing systems and concepts into a refined critical framework that informs my approach to quantitative research.”

While at Maryland, Neerchal found creative ways to blend math with other subjects. For three semesters, Neerchal taught the course MATH299C: Mathematics & Classical Music, which explored the historical discoveries in mathematics that have influenced Western classical music, as a part of the university’s Student Initiated Courses (STICs) program. From there, Neerchal went on to help other students develop their own STICs and now serves as executive director of the STICs program.

“I got involved with the STICs board and enjoyed helping people develop their courses,” Neerchal said. “Now as the executive director I still get to do that and work with the administration to expand the program and ensure its long-term sustainability.”

After graduating in May, Neerchal will work as a research fellow at Stanford University’s Law School doing empirical social science research.

“The research is very quantitative work, but in a social science context, which is what I'm interested in,” Neerchal said. “It is a great opportunity to put both of my degrees to work.” 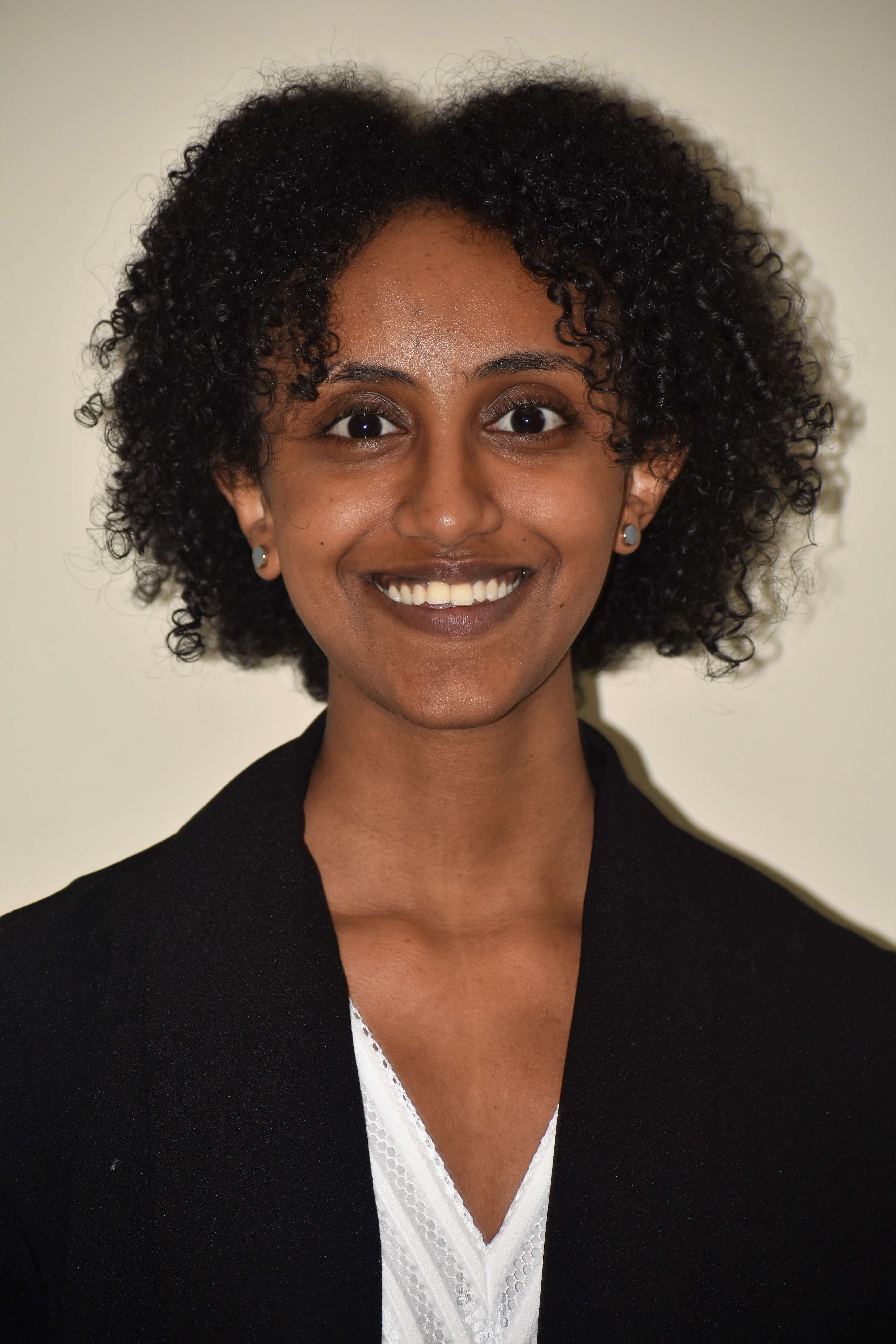 Yilma began her studies as an economics major and added mathematics this semester after she realized she had taken enough courses to qualify for the major.

“I just added the additional degree in my final year, and I think it provides a nice quantitative backing to the theory I learned in my economics classes,” she said.

Yilma almost missed her opportunity to be a Merrill Scholar because of an email issue.

“Finding out that I was being considered was pretty flattering. I didn't expect it,” she said. “I missed the email for two weeks because it kept getting caught in my junk mail. Finally, someone else emailed me and asked me if I still wanted to be considered, and that email came through.”

Yilma recognized Jessica Goldberg, an associate professor in the Department of Economics, as her faculty mentor.

“Dr. Goldberg directs PADE (Promoting Achievement and Diversity in Economics), a program that provides academic support to students with the aim of increasing diversity and achievement among economics majors,” Yilma explained. “She gave me tireless feedback on my academic choices, introduced me to some great graduate student mentors, and helped me learn about different careers in economics and what their day to day entails. Dr. Goldberg is always in my corner and willing to suggest options I didn’t even know existed. Her office is always open, and she goes above and beyond for her students. I cannot thank her enough for her guidance.”

Yilma will be working as a research associate at Federal Reserve Bank of San Francisco after she graduates in May. She believes the PADE program is a great tool for students in economics looking for career opportunities.

“It's a really good option for people who are interested in pursuing a career in economics. It provides really good resources and mentorship,” she said.

In a typical year, Merrill Scholars would be honored at a reception along with their mentors, but the event was not held this year due to COVID-19. However, Yilma and Neerchal were both glad to still have the opportunity to highlight their mentors through being recipients of the award.

“I'm very glad to be able to thank my high school teacher, Mr. Moose, and my mentor, Associate Professor Goldberg, because they're both really great educators and really great people,” Yilma said.

“It was so nice to receive this award and have the opportunity to name people who I considered mentors both before and during college,” Neerchal said. “I would not be where I am today without the mentors I’ve had in my life.”