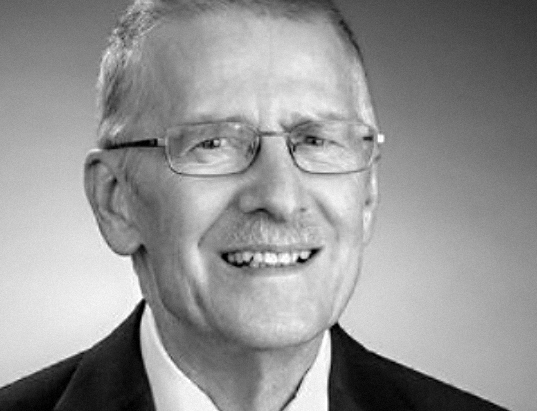 University of Maryland alumnus Daniel Lozier (Ph.D. ’79, applied mathematics) was honored by having his portrait added to the National Institute of Standards and Technology’s (NIST) Gallery of Distinguished Scientists, Engineers and Administrators on October 23, 2020. Lozier’s addition brought the number of portraits to just 351.

NIST Director Walt Copan called this recognition the highest honor that NIST bestows on its employees and referred to the portrait gallery as NIST’s hall of fame.

Lozier was honored for “outstanding technical contributions and exceptional leadership to provide an online, interactive, and authoritative reference for special functions of applied mathematics, the NIST Digital Library of Mathematical Functions (DLMF).”

“Of course I was surprised to receive this honor but happily received it on behalf of the many dedicated individuals who worked with me to make the DLMF happen,” Lozier said.

The DLMF appeared in May 2010, bringing the 1964 Handbook of Mathematical Functions, the agency's most widely cited publication of all time, fully up to date with 21st century requirements. The free online library provides researchers in all areas of science essential information needed to utilize the special functions of applied mathematics, which are ubiquitous in mathematical modeling and simulation.

No off-the-shelf commercial products were available for effectively presenting highly technical mathematics on the web. Creating the DLMF website required Lozier and others at NIST to develop new tools for mathematical authoring, for display of colorful three-dimensional function visualizations, and for searching in mathematics-intense databases, all created specifically for web-based content.

“Part of the technical hurdle was translating all the complicated math formulas into a format that could be used by the web,” Lozier said at the time—when the tools for displaying math on the web were still in their infancy.

Government Computer News magazine honored the DLMF with one of its 10 annual awards for information technology achievement in government in 2011. Lozier was also awarded the U.S. Department of Commerce Gold Medal in 2011 for this work.

“It took a decade of effort,” Lozier said at the time, “but the painstakingly verified 10,000 equations, 600 visualizations and 2,500 references in the DLMF should provide scientists and engineers with ready access to information they need to do advanced mathematical modeling and computational simulation well into the 21st century.”

Co-authors of DLMF included the late Frank Olver, who worked at NIST until 1986 when he joined UMD as a professor of mathematics with a joint appointment in the Institute for Physical Science and Technology (IPST), and Charles Clark, a NIST division chief, Joint Quantum Institute Fellow and IPST adjunct professor.

“The DLMF did not end in 2010,” Lozier said. “The NIST team is continually adding mathematical content and making IT improvements, disseminated in a regular series of quarterly updates.”

Lozier worked as a mathematician from 1969 to 2019 in what is now called NIST’s Information Technology Laboratory. His research interests centered on numerical analysis, special functions, computer arithmetic, and mathematical software construction and testing.

During his career, Lozier published more than 40 papers and served as an associate editor of Mathematics of Computation, the Journal of Research of NIST, and the Journal of Numerical Analysis, Industrial and Applied Mathematics.

He has maintained a close relationship with his alma mater, serving as an adjunct professor in applied mathematics at UMD from 1986 to 1997. He also created the Daniel W. Lozier Graduate Student Travel Endowment in 2018 to support applied mathematics graduate students at UMD traveling to national or international conferences to give oral or poster presentations.

“My experience at UMD enabled my career, so I wanted to do something that would help graduate students develop their own careers in mathematics,” Lozier said. “This led to my decision to establish the Graduate Student Travel Endowment.”

This article includes information and content provided by NIST.