Tasha Inniss (Ph.D. ’00) and her classmates Sherry Scott and Kimberly Weems were the first Black female mathematicians to earn doctorates from UMD. 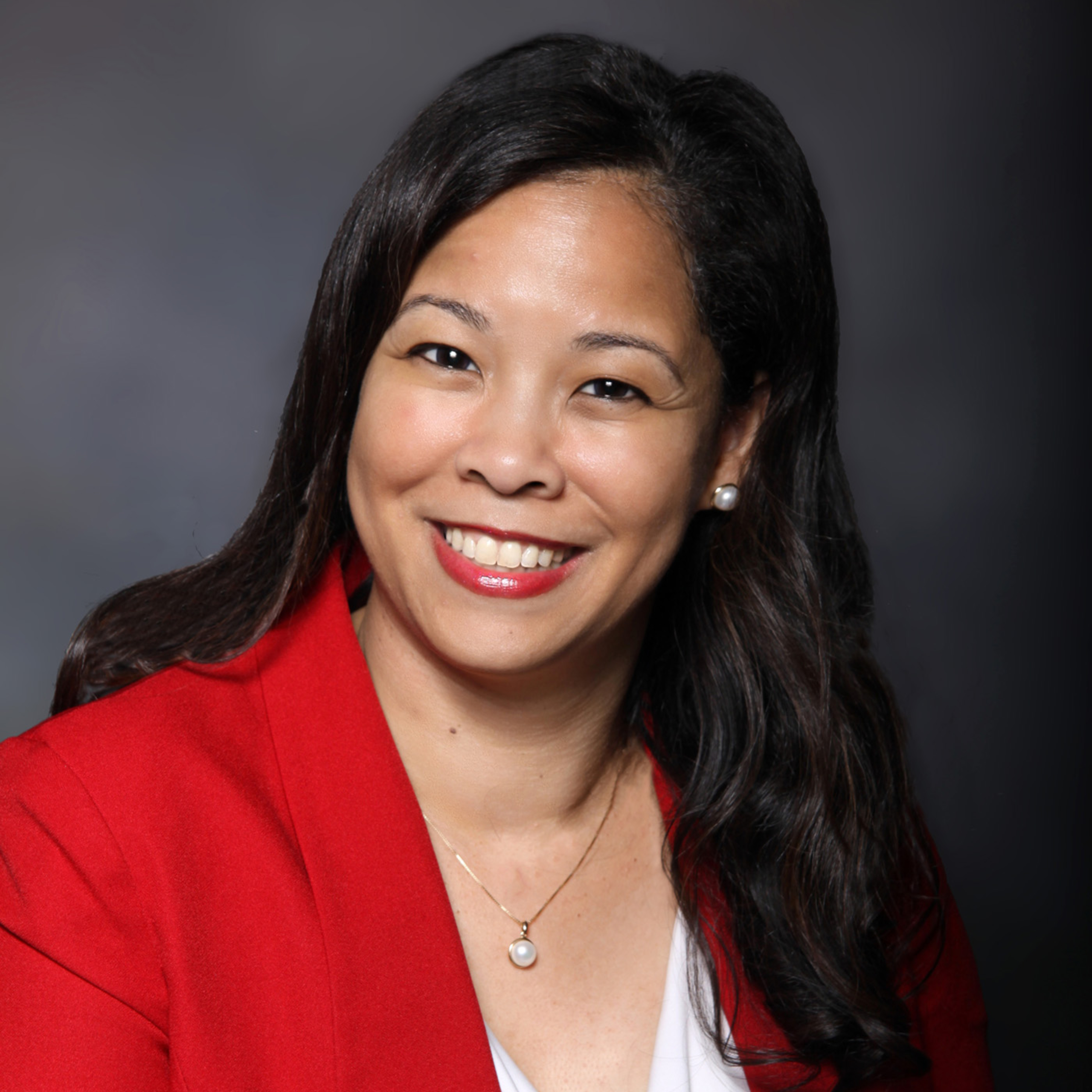 Tasha Inniss didn’t plan to make history when she began pursuing her Ph.D. in mathematics at the University of Maryland in 1995, but she ended up doing just that. In 2000, Inniss and two of her classmates—Sherry Scott and Kimberly Weems—became the first group of Black female mathematicians to earn Ph.D.s from UMD. Inniss and Weems earned their doctorates in applied mathematics and Scott earned hers in mathematics.

“As I was submitting my paperwork for graduation, the woman processing it said, ‘I think you might be the first Black woman to get a Ph.D. in math from Maryland,’” Inniss recalled. “I didn’t believe it at first, but once it got closer and closer to graduation, we found out that it was true."

Inniss, a New Orleans native, loved math as a child and later discovered she enjoys helping others understand math.

“I’ve loved math since the fourth grade. It was fun to me, like putting together a puzzle,” she said. “When I went to college, my friends used to ask me to help them with math, and that was when I realized I was good at helping people understand it. So, it was around then that I decided that I wanted to teach math on the college level, and I needed a Ph.D. to do that.”

Inniss went to college at Xavier University of Louisiana, the only historically Black Catholic university in the country.

“Xavier is a family school. My aunts and uncles went to Xavier, and my Uncle Clarence is a mathematician and taught in the math department long before I got there,” she said. “I applied to many schools, but once I attended a summer program at Xavier, I knew it was where I needed to be. It felt like home.”

“Applied math is where my heart is,” Inniss explained. “I really wanted to do math that helped the world. With operations research and optimization, parts of applied math, it's all about modeling real-world systems to make them better, which is why I love it.”

When Inniss began looking for Ph.D. programs to apply to, one of her friends encouraged her to consider UMD.

“One of my friends who I went to Xavier with had gone to Maryland and said that I should consider the school and that they were really supportive of Black students there,” she said. “I also met the chair of the department, Raymond Johnson, who is an African American man, at a conference for Black mathematicians and he was really passionate about helping people learn and understand math. I said to myself, ‘If he is the chair of the department, then it is probably a really good place to learn.’”

When Inniss arrived in College Park, she was pleased to find such a large community of Black math graduate students.

“There were at least 20 of us, if I recall correctly, and we had a great community,” Inniss said. “We would hold study groups and prepare for our qualifying exams together. We supported each other to help us get to the final prize of our receiving Ph.D.s. in mathematics.”

Johnson was also a huge part of why Black students felt supported in the math department, Inniss recalled.

“Dr. Johnson was the reason why we were all there,” she said. “He was very intentional about diversifying the department and recruiting Black students. Once a month he would hold open dialogue sessions with students to see how things were going and how the department could improve. He was someone that we trusted, so we felt we could be honest and transparent with our feedback.”

As Inniss reached the end of her Ph.D. studies, Scott and Weems were finishing up theirs as well.

“We didn’t plan for it to happen this way, but we actually ended up defending our theses within one week of each other,” she said. “When we got to the end, I thought ‘Wow, we’re really going to finish together and we’re going to be the first Black women to do this.’ We had no idea in the beginning that it was going to be historic.”

After graduating from Maryland, Inniss went on to have an impressive career in mathematics. In 2001, she was appointed the Clare Boothe Luce Professor of Mathematics at Trinity Washington University (then Trinity College) in D.C. The Clare Boothe Luce Program awards annual grants to support professorships and scholarships for women in the sciences and mathematics. After three years at Trinity, Inniss landed her dream job.

“My dream job has always been to teach at Spelman College,” she explained. “Spelman has such a rich legacy and I loved having the opportunity to not only teach math to fellow Black women, but also prepare them for life as mathematicians outside of Spelman.”

Inniss enjoyed exposing students to the beauty of operations research and optimization and its interesting real-world applications.

“Some of my students went on to do amazing projects using applied mathematics, such as how to optimize the schedules for the campus tour guides and creating an evacuation model for the city of New Orleans following Hurricane Katrina,” she recalled. “I loved teaching at Spelman. I had the chance to mentor students and expose them to the beautiful parts of math. It was an amazing experience.”

After nearly a decade, Inniss took leave from teaching at Spelman for an opportunity she couldn’t pass up: doing a rotation at the National Science Foundation (NSF), first as a program director and later as a deputy division director (in acting capacity). After that, she was named founding director of education and industry outreach at INFORMS, an international association for professionals in analytics and operations research. She returned to Spelman in 2018.

“I had the opportunity to come back to Spelman and now I'm the associate provost for research,” Inniss said. “I am able to take all of the things I learned at NSF regarding competitive grants and grant writing and use it to help my faculty colleagues and fund undergraduate research here now. It is all coming full circle. Although I don’t get to teach math anymore, I still love math and I still get to do things that will impact and help students.”

As for the next generation of Black female mathematicians, Inniss wants them to know that as long as they truly love math, they can succeed.

“I firmly believe that what you pursue should be your passion,” she said. “You have to be excited about what you're doing because there will be challenges, but you can do it with support, prayer and hard work.”