The scholarship encourages students to pursue advanced study and research careers in the sciences, engineering and mathematics. 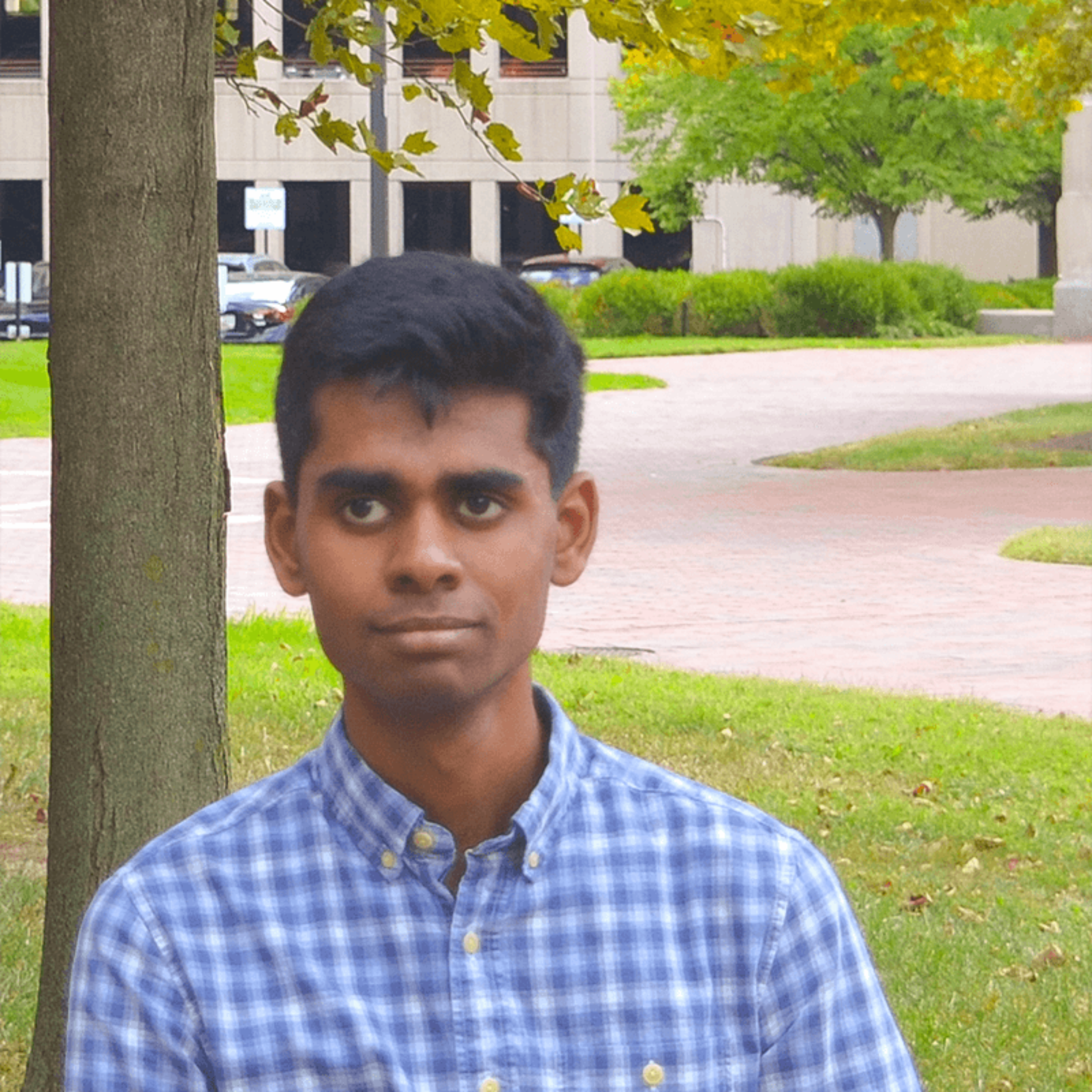 University of Maryland junior Naveen Raman was awarded a scholarship this year by the Barry Goldwater Scholarship and Excellence in Education Foundation, which encourages students to pursue advanced study and research careers in the sciences, engineering and mathematics.

Raman is a computer science and mathematics double major who is also a member of the Advanced Cybersecurity Experience for Students in the Honors College.

Raman was among the 410 Barry Goldwater Scholars selected from 1,256 students nominated nationally this year. Goldwater Scholars receive one- or two-year scholarships that cover the cost of tuition, fees, books, and room and board up to $7,500 per year. These scholarships are a stepping-stone to future support for the students’ research careers. The Goldwater Foundation has honored 73 UMD winners and five honorable mentions since the program’s first award was given in 1989.

Raman, who is a President’s Scholarship recipient from Derwood, Maryland, began working with UMD computer science faculty members in 2018. Since then, he has published four papers and submitted a fifth for publication.

He began by developing algorithms to identify cancer mutation signatures with Distinguished University Professor Aravind Srinivasan and former Assistant Professor Max Leiserson and moved on to working with Assistant Professor John Dickerson to develop policies that balance fairness and profit in ride-pooling systems.

He’s also currently working with Associate Professor Jordan Boyd-Graber to improve question answering systems by leveraging data from trivia competitions. Raman’s focus is on advancing so-called named entity linking algorithms, which connect names found in a question to larger repositories of data about them like Wikipedia. These advances will ultimately help question answering systems perform better on a diverse set of questions.

“Naveen Raman is a clear star researcher—and practitioner—in the making,” Dickerson said. “He is driven, questioning, curious and technically talented, as well as a young adult with a strong sense of civic duty and commitment to using technology for social good.”

In Summer 2019, Raman worked to detect rudeness, toxicity and burnout in open-source communities as a participant in Carnegie Mellon University’s Research Experience for Undergraduates in Software Engineering program. Last summer, he worked at Facebook to develop a user interface for debugging machine learning models and learned about important societal issues that machine learning can help solve, such as hate speech detection.

An active competitor, Raman’s team won the National Academy Quiz Tournaments’ Division 2 Intercollegiate Championship Tournament during his freshman year. In 2020, he and two classmates received an honorable mention award in the 72-hour Mathematical Contest in Modeling for their project that analyzed the effect that rising global temperatures have on herring and mackerel fishing along the Scottish coast. He also received an outstanding award in the 2020 SIMIODE Challenge Using Differential Equations Modeling for his team’s work on modeling interactions in refugee camps.

He has been a teaching assistant for a programming languages class and the lead student instructor for a class on algorithms for coding interviews. He also serves as vice president of UMD’s Puzzle Club.

He has been awarded the Brendan Iribe Endowed Scholarship, Capital One Bank Dean’s Scholarship in Computer Science and Corporate Partners in Computing Scholarship.

Raman plans to attend graduate school to pursue a Ph.D. in computer science, with a focus on the fairness of artificial intelligence algorithms in critical fields such as criminal justice, job markets and health care.