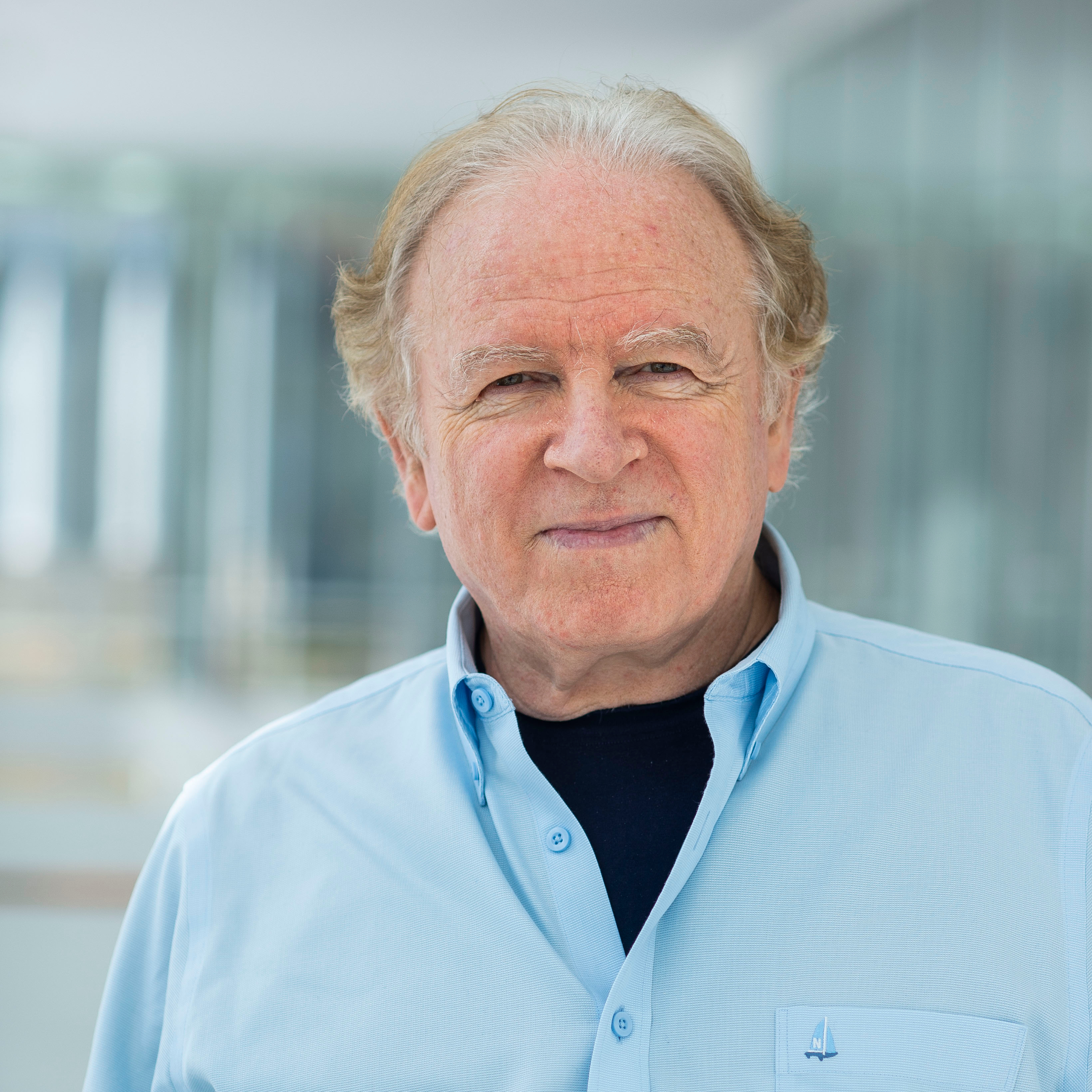 Eitan Tadmor will tell you that success in mathematics comes not from calculating the correct answer, but from finding the right question.

“I could ask a million questions and do the calculations to answer them, but this is not the point,” said Tadmor, who is a Distinguished University Professor of Mathematics at the University of Maryland. “The point is to find the most natural question. Maybe you start with one idea and you see your question needs to be reformulated, maybe relaxed, maybe strengthened. You try different approaches until you get the right equilibrium.”

When the question is right, everything falls into place. Tadmor likens it to a composer striking the perfect combination of piano keys to complete a beautiful symphony.

“It doesn’t happen many times, but when you get it right, the feeling in that exact moment is incomparable,” he said.

Tadmor has experienced that feeling of success on more than one occasion. His ideas on the theory and computation of differential equations have contributed to groundbreaking results in multiple arenas, from shock waves and digital image processing to flocking behavior and emerging consensus of opinions.

Well-known and respected for his contributions to mathematics and his leadership in the field, Tadmor was invited by the American Mathematical Society to give the prestigious Josiah Willard Gibbs Lecture in 2022. He will be the fourth Gibbs Lecturer on the UMD faculty, following in the footsteps of Jan Burgers in 1959, Elliott Montroll in 1982 and Michael Fisher in 1992. The public lecture, which over the years has been given by Fields medalists and Nobel laureates, including Albert Einstein, was established in 1923 to share mathematics’ important societal contributions with the public.

It should come as no surprise that Tadmor was selected. His research has addressed issues at the forefront of many fields of scientific research important to modern society. And throughout his career, he has been instrumental in fostering collaborations across disciplines that apply mathematics to some of society’s most pressing concerns.

His current research in kinetic theory uses mathematics to describe and model how small fluctuations translate into the properties observed in large systems. One example of kinetic theory is how flocks of birds appear to move as one flowing entity even though each bird behaves as an individual and is aware only of the movement of its neighbors.

Tadmor recently became interested in using kinetic descriptions to understand how groups of people form consensus. He is finding, for example, that consensus is more likely to form in communities whose members tend to seek out other individuals with views that differ from their own, compared with communities where members seek out others with the same opinions.

“It’s fascinating that when I started talking to people about this work of so-called collective dynamics, I realized that almost everyone has an opinion about opinions,” Tadmor said. “This topic is very important to people, and it is way more engaging to the general public than anything I have done before.”

Understanding how large groups of people form opinions and build consensus is increasingly important in the age of social media and political division around the globe. Tadmor’s research in this area will be especially appropriate for his Gibbs Lecture, which draws a large public audience.

Coincidentally, Tadmor has a direct connection to the mathematical work of Josiah Gibbs, the namesake of the talk. Gibbs was a highly esteemed American mathematical physicist, who first pointed out one of the key challenges in using high-resolution mathematical descriptions of shock waves—something Tadmor helped find a solution for early in his career.

Shock waves are formed by passing through sharp transitions, the way a supersonic jet creates a shock wave when it accelerates beyond the speed of sound. The sound barrier the jet passes through may be invisible, but the transition is real and distinct. And that type of sharp transition creates challenges for mathematicians trying to make computations to describe shock waves at high resolution. Those challenges are known as Gibbs oscillations because Gibbs described them in 1899. In the 1980s, Tadmor was among the mathematicians who helped overcome the challenges created by Gibbs’ oscillations.

More than a decade later, Tadmor applied the same theory and technology he used to compute shock waves to processing high-resolution digital images. He recognized that from a mathematical standpoint, the visual appearance of edges in images—the edge of a nose or the outline of a jaw, for example—could be handled much like the sharp transitions of a shock wave.

Digital images are made of thousands of tiny pixels on a screen or page, and it is the sharp variation in the intensity of side-by-side pixels that gives the appearance of edges. To create high-resolution digital pictures, those sharp transitions must be managed mathematically during image processing. Tadmor accomplished that by introducing a novel method of processing images which uses hierarchical composition to adapt to the shockwave-like sharp transitions in images.

Throughout his career, Tadmor has been known for thinking outside the box and for bringing experts from different disciplines together to help them apply rigorous mathematics to important scientific challenges. In 2002, he came to UMD to direct the Center for Scientific Computation and Mathematical Modeling (CSCAMM), which he led until 2016. CSCAMM encouraged cross-fertilization of research activities between different scientific fields utilizing scientific computation and mathematical modeling, which fit perfectly with Tadmor’s natural inclinations to create and foster cross-disciplinary collaborations.

He also directed Ki-Net, a National Science Foundation (NSF)-funded network for research and collaboration in kinetics descriptions and their applications, from 2012 to 2020. Tadmor established Ki-Net as an expansion of an NSF-funded focus group he led from 2008 to 2012.

Ki-Net brought together over 1,000 researchers—including physicists, chemists, socials scientists and mathematicians—who studied everything from how cells organize to form organs and tumors to how traffic flows to how weather develops and the dynamics of quantum systems.

Prior to joining UMD, Tadmor co-founded the NSF-funded National Institute for Pure and Applied Mathematics at UCLA in 2001. With such a long track record of applying mathematics across many different disciplines, it might be easy to assume Tadmor is one of those mathematicians who sees the world largely through equations and numerical models. But he rejects that characterization.

“Math is first and foremost a language,” he said. “It happens to be the language with which we effectively describe physical phenomena in our world, and it’s enriching to understand how these processes work. But there are many dialects to math, and I think the most fascinating aspect of mathematics is the imagination it requires. When you think about problems that are ignited by practical issues, and they translate into mathematical language, which is very formal, and then you have to use your imagination in order to reveal some sort of connection to or expansion of the underlying phenomena, I think it's fascinating.”

No matter what he’s doing, the language of mathematics is always running on a loop in the back of Tadmor’s mind.

“I am definitively the person who wakes up every morning with my mind completely bothered by the problem that I was thinking about at the end of last night,” he said. “And this is fantastic, because it is like my hobby. I would be doing it no matter what. And here I am, getting paid to think about these things.”