We welcomed six new faculty members and five Novikov postdocs to the Math family this fall! 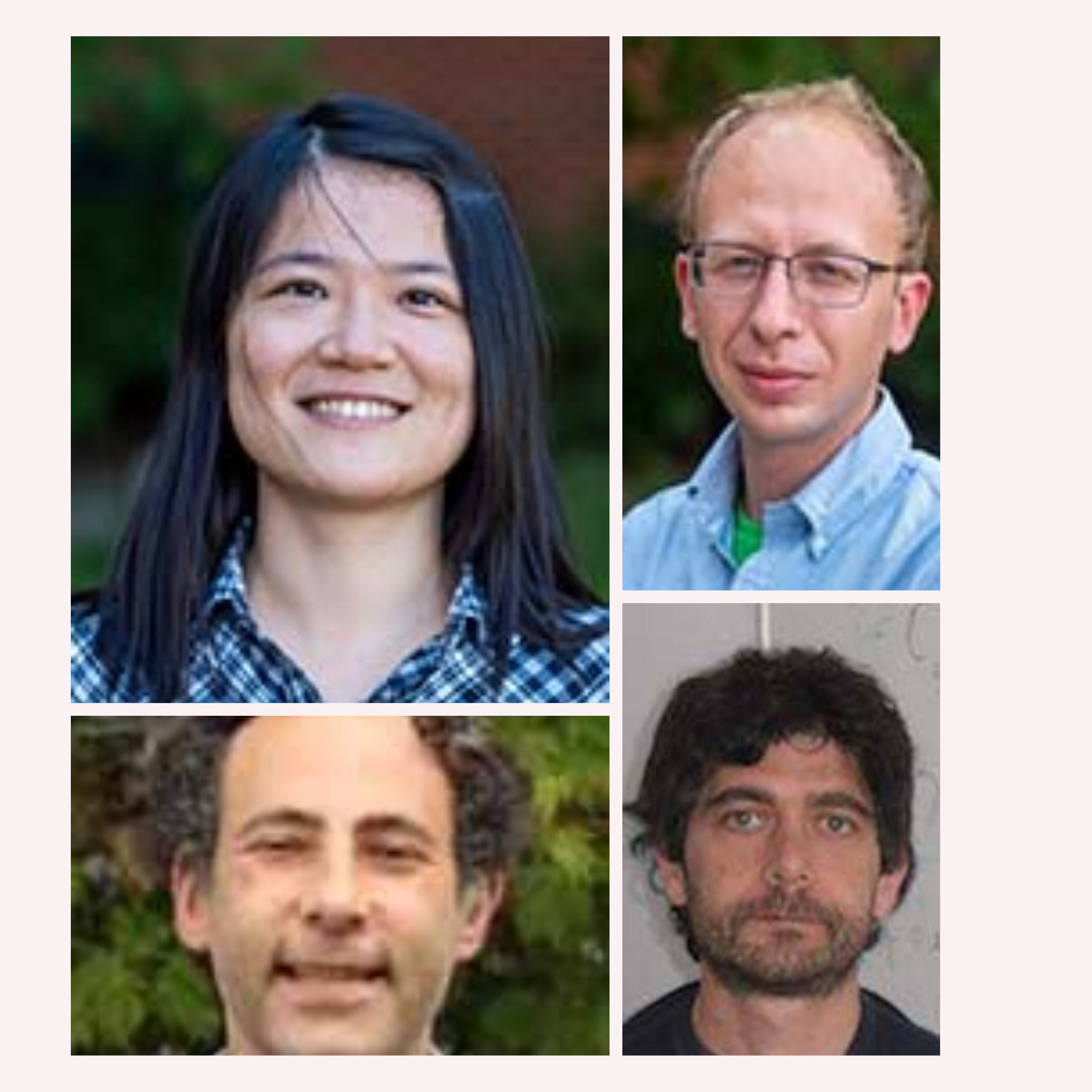 Lei Chen (Assistant Professor). Lei received a B.S. from Peking University and a Ph.D. from the University of Chicago (2018) under the supervision of Benson Farb. She was then a Noether Instructor at CalTech. Lei works in the area of low dimensional topology and geometric group theory.  She made major contributions in the areas of group actions on manifolds and homomorphisms between transformation and mapping class groups. Her work is also related to complex geometry and topological dynamics.

Dan Cristofaro-Gardiner (Assistant Professor). Dan received his A.B. degree from Harvard (2007) and Ph.D. from Berkeley (2013). He then worked as an assistant professor at UC Santa Cruz and was a von Neumann Fellow at the Institute for Advanced Study. Dan works in symplectic topology/geometry/dynamics. He is a leader in the field of “quantitative symplectic geometry,” an area that focuses on questions about symplectic embedding of symplectic manifolds with boundary, and Reeb dynamics on the boundaries of symplectic manifolds. He has contributed in substantial ways to a variety of hard problems. Most recently, together with Humiliere and Seyfaddini, he posted on the arXiv a surprising proof of the simplicity conjecture showing that the group of compactly supported area-preserving homeomorphisms of the two-disc is not simple.

Bassam Fayad (Professor, Brin Chair). Bassam received his Ph.D. from the École Polytechnique (2000) and a Habilitation from the University of Paris 13 (2006). Recently, he worked as a Directeur de Recherche 1ère class at the CNRS. Bassam is a distinguished mathematician, working in the area of dynamical systems. He is mostly known for his work on the Kolmogorov-Arnold-Moser (KAM) theory. Bassam’s work is centered on Hamiltonian dynamics and on smooth ergodic theory. He has important results in many other areas including rigidity theory, number theory and mathematical physics. Bassam made substantial contributions to the KAM theory of analytic systems by proving stability results and obtaining optimal bounds for the stability time. Among other areas, he obtained significant results in the study of positive entropy systems and to zero entropy systems. Throughout his career, Bassam has received many distinctions and honors, including an invited lecture at the 2018 International Congress of Mathematics in Rio de Janeiro. Bassam joins our department as the Michael and Eugenia Brin Distinguished Chair of Mathematics.

Yu Gu (Associate Professor). Yu received a B.S. in mathematics and physics from Tsinghua, an M.S. from Brown and a Ph.D. from Columbia under the direction of Guillaume Bal. He then spent three years as a Szegö Assistant Professor at Stanford before moving to Carnegie Mellon University as an assistant professor (2017). Yu works in the area of mathematical and asymptotic analysis of random dynamics and random partial differential equations. He made fundamental contributions to the theory of homogenization and provided the first results on random fluctuations in high dimensions. Recently, he obtained breakthrough results in the study of a Hamilton-Jacobi type equation driven by a spacetime white noise, the so-called KPZ equation. Last year, Yu received a National Science Foundation CAREER Award.

Huy Nguyen (Assistant Professor). Huy received a Ph.D. from the University of Paris-Sud 11 (with Nicolas Burg, 2016). Then, he was a postdoc in Princeton and a Tamarkin Assistant Professor at Brown. Huy works in the area of analysis, somewhere between pure analysis, harmonic analysis, and PDEs.  Huy made substantial contributions to many problems including the proof of modulation instability of Stokes waves, optimal Strichartz estimate for water waves, and the global well-posedness for the one-phase Muskat problem (a free boundary problem in a porous medium that describes two flows separated by a free boundary).

Christian Rosendal (Professor). Christian received a Ph.D. from the University of Paris 6 under the direction of Alain Louveau. He then worked at CalTech, the University of Illinois at Urbana-Champaign, and more recently at the University of Illinois at Chicago. In the past two years, he has been working as a program director at the National Science Foundation. Christian works in the area of mathematical logic. His research belongs to four interconnected topics: rigidity of Polish groups, geometry of topological groups, descriptive set theory, and the geometry of Banach spaces. In 2020, he was named Fellow of the AMS.

James Hanson. A student of Uri Andrews at Wisconsin. James works in continuous logic and applications of logic to topology and analysis. He also has a background in theoretical physics. His mentor is Chris Laskowski.

Xiaoqi Huang. A student of Chris Sogge at Johns Hopkins. Xiaoqi works in harmonic and geometric analysis and partial differential equations. His mentor is Manos Grillakis.

Hussain Ibdah. A student of Edriss Titi at Texas A&M. Hussain is interested in theoretically analyzing nonlinear, nonlocal PDEs, in particular, those of fluid mechanics and transport-diffusion systems. His mentor is Eitan Tadmor.

Rigoberto Zelada. A student of Vitaly Bergelson at Ohio State. Rigoberto works in ergodic theory. His mentor is Adam Kanigowski.

Lutian Zhao. A student of Sheldon Katz at Illinois. Lutian works in enumerative algerbraic geometry with applications to mathematical physics. His mentor is Amin Gholampour.