Brin Postdoctoral Fellow Agnieszka Zelerowicz took a chance by leaving Poland, and it set her on a challenging new path. 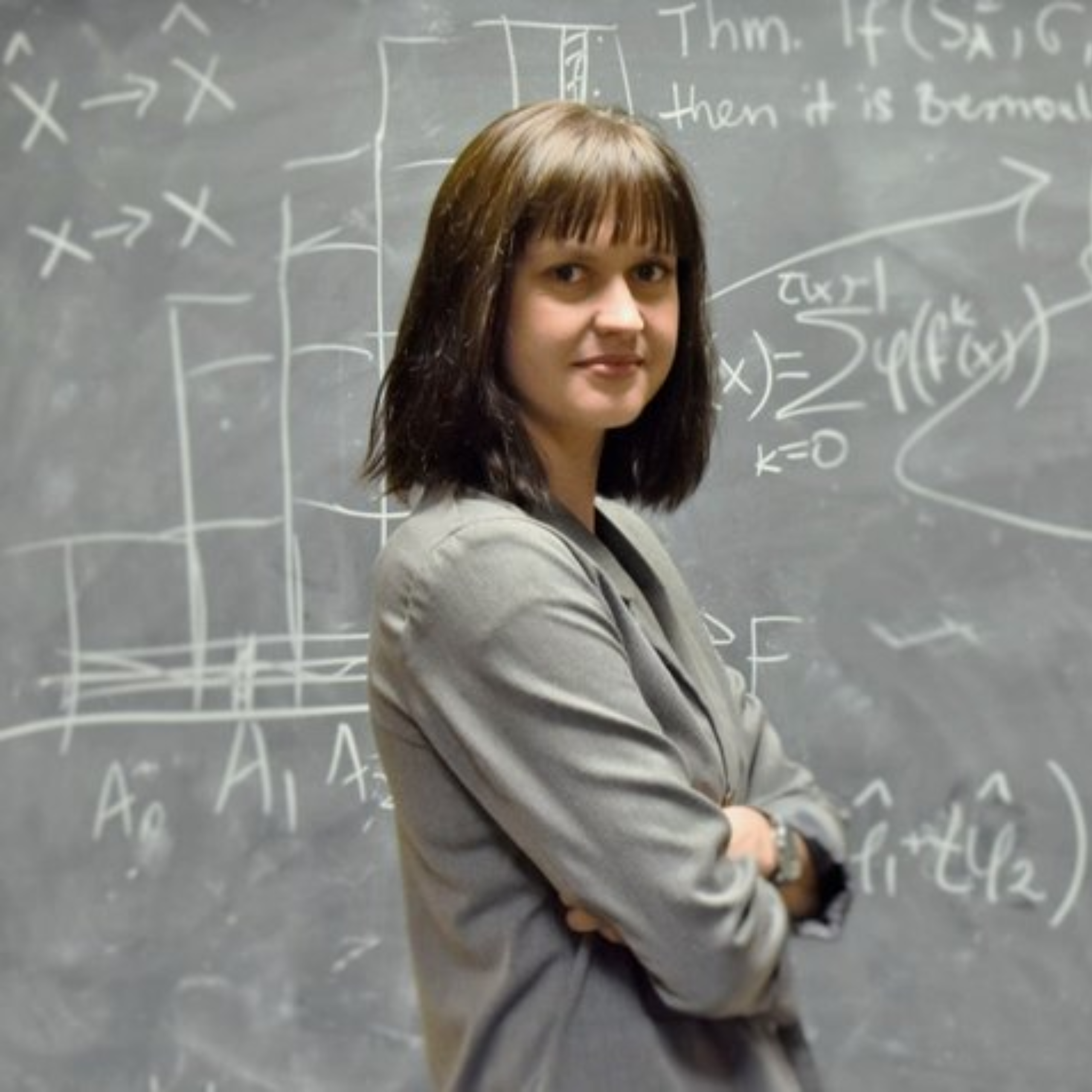 Brin Postdoctoral Fellow Agnieszka Zelerowicz was first drawn to mathematics in college when she discovered the theoretical side to math.

“I was always good at math, but it was just not very interesting to me until I took some advanced courses,” Zelerowicz recalled. “It was intro to topology or something, and it was so different from anything else. I think the abstraction of it is what drew me in.”

While others in her class struggled with the more abstract subjects, Zelerowicz found they came easily to her, and she began to recognize her strength in mathematics.

“Agnieszka has many original ideas and is not afraid to stand by them,” said Dmitry Dolgopyat, Zelerowicz’s mentor at the University of Maryland.

“Agnieszka shows curiosity and fearlessness in attacking new problems, which has led in a short time to a remarkable breadth in her research,” said UMD Mathematics Professor Giovanni Forni. “She has great technical skills and the ability to work very hard, qualities that are important to succeed in mathematical research. Among the promising aspects of her work, she has pushed the boundaries of fundamental tools to study chaotic systems using tools of geometry.”

Zelerowicz works in the area of ergodic theory and thermodynamic formalism. Both are areas of mathematics that focus on understanding dynamical systems. In mathematics, these systems can be described by determining the location in space of a given point at a given moment in time. (Think of models that predict the motion of a pendulum or the diffusion of a particle of smoke into a room).

“This work is theoretical, and it deals with mathematical models, not physical objects,” Zelerowicz explained. “But it has very strong connections to physics, so it borders on being applied.”

One of the applications of the mathematics she works on can be useful in studying electricity and conductive metals. Imagine a billiard table where a tiny particle representing an electron bounces around between the billiard balls, which represent the atoms of metal. Although the electron’s behavior may look random, mathematics can describe the probability of the electron taking various paths depending on a variety of factors, such as where it originates, its velocity, the temperature in the room, among other things. Using these probabilities, mathematicians can build a model of the electron’s behavior under different conditions.

Applying this idea, Zelerowicz is collaborating with Assistant Professor of Mathematics Rodrigo Trevino on a new model for studying how electricity moves through materials with long-range structure, such as certain types of crystals.

“It is challenging to find this middle ground in mathematics—to find a problem that would be difficult enough so that it would be interesting, but still something that is not impossible to solve,” she said.

As Zelerowicz searches for her next problem to solve, she is also looking for her next career step after she completes her postdoctoral fellowship in summer 2022. She is investigating opportunities throughout the U.S., but also countries like Brazil. It’s a surprising twist for someone who never imagined living outside of Poland.

Zelerowicz grew up in Rutki-Kossaki, a small town in Poland where her parents ran a bakery and her entire extended family has lived for generations. After high school, she went to the University of Bialystok in Poland and earned a bachelor’s degree in financial mathematics, followed by a master’s degree in mathematics in engineering from the Warsaw University of Technology.

“I never really considered moving abroad, but when I was doing my master’s, I met a lot of people who were planning to study abroad or who already did study abroad,” Zelerowicz explained. “At first, I was almost startled by the whole idea, by the very thought of moving to a country where I was asked to speak a foreign language the whole time. I thought it would be very uncomfortable. But then over time I thought, ‘Wait, I'm just as smart as those other people.’”

When it came time to apply for her Ph.D., Zelerowicz threw just one arrow outside of Poland, aiming at The Pennsylvania State University.

“I didn't even view it as a realistic goal,” she remembered. “I think I had all the intentions of staying in Poland. Applying to Penn State was just an experiment to see what would happen.”

Her arrow hit a bullseye, and she packed her bags and moved to Pennsylvania in 2013. After earning her Ph.D. in mathematics, she came to UMD in 2019. New to Maryland, Zelerowicz had a tough time when the COVID-19 pandemic hit in 2020. She hadn’t built her social network here, and she was unable to visit her family in Poland. To combat the isolation, Zelerowicz leaned into the physical fitness and outdoor activities she had come to love at Penn State, especially rock climbing.

“Climbing is a lot like solving a math problem in the way that you position your body and solve a challenging route,” she said. “Sometimes when certain transitions or moves on a route seem very hard and almost impossible, but then you change the angle of your body a little bit and move your foot a very little bit to the side, and then suddenly it becomes easy.”

In climbing, as in mathematics, things become easy only through hard work, ample technical skills and a bit of fearlessness—qualities that should help Zelerowicz continue to succeed in the years ahead.