The new Michael and Eugenia Brin Endowed Chair in Mathematics conducts research at the crossroads of math, biology and anthropogenic climate change 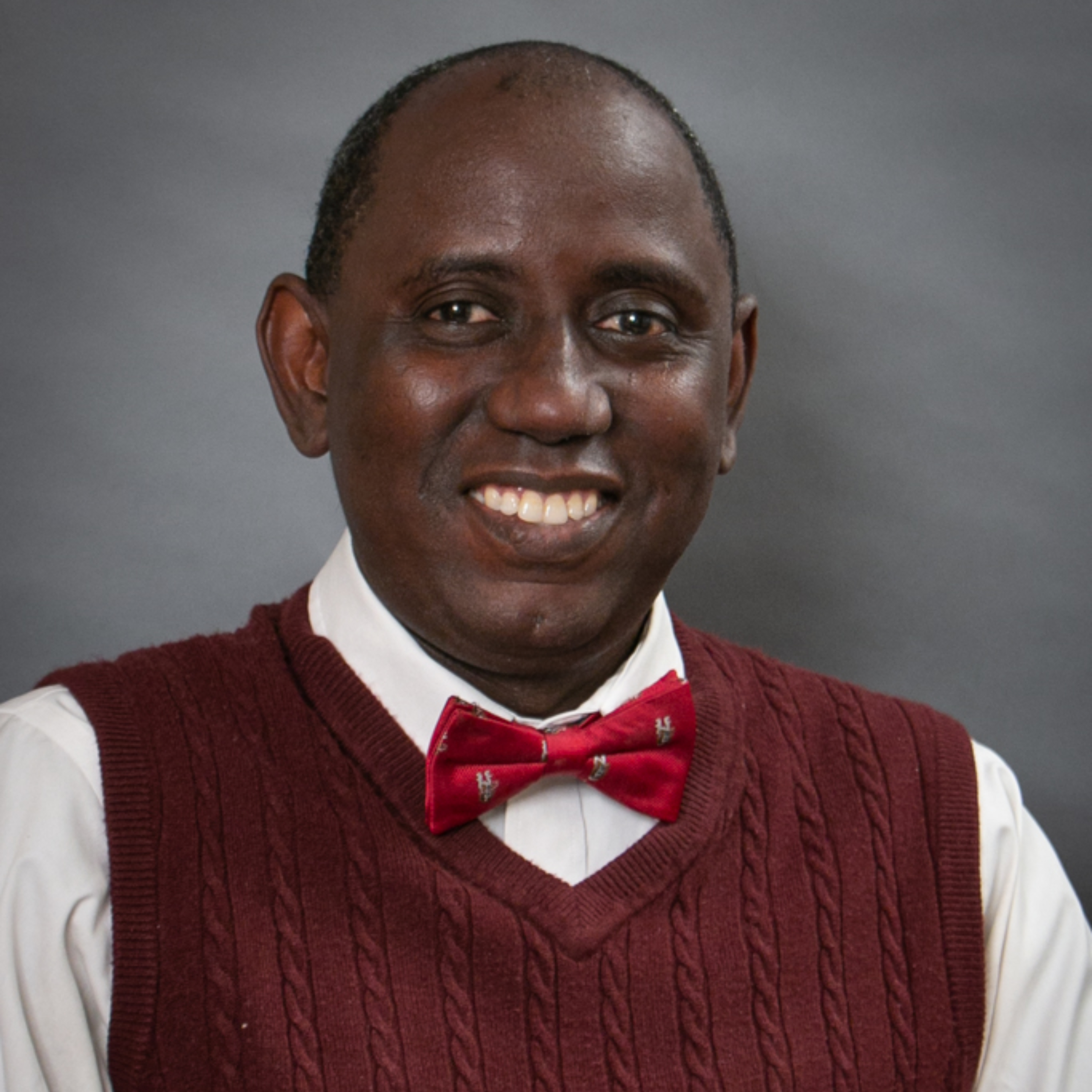 Abba Gumel was just a toddler when he saw his first math equation. His uncle, a teacher in Nigeria, used to hoist Gumel on his shoulders and carry him into his first class of the day, which happened to be arithmetic.

As Gumel sat in the back of the classroom behind the older students, the odd squiggles on the blackboard captured and captivated his imagination.

“I grew up seeing numbers,” Gumel said. “I didn’t know anything else that I could do.”
Gumel has been an avid math fan ever since. He met one of his role models, the late Stephen Hawking, twice, and his eyes light up while discussing Albert Einstein’s annus mirabilis papers—particularly the one that debuted the physicist’s famous E=mc2 equation. Gumel said he loves math for its elegance, precision and capacity to explain the complexities of nature, but also for its power to shape history and save lives.

Above all else, he enjoys inspiring the next generation of change-makers. Following his faculty positions at the University of Manitoba in Canada (1999-2014) and Arizona State University (2014-22), Gumel joined the University of Maryland in fall 2022 as the Michael and Eugenia Brin Endowed Chair in Mathematics. He also holds joint appointments in the Department of Biology and Institute for Physical Science and Technology and extolls the value of working with experts of all stripes, from epidemiologists to ecologists to sociologists.

Gumel’s work primarily involves designing, analyzing and simulating mathematical models to gain insight and understanding of the transmission dynamics and control of emerging, re-emerging and resurging infectious diseases. Some of his past research demonstrated the dynamics of dengue disease-carrying mosquitoes, the impact of quarantine on an Ebola outbreak and the ability of face masks to slow the spread of COVID-19. His first paper on the COVID-19 pandemic, published in 2020, received over 1,200 citations and the prize for best paper published in the journal that year.

Over the course of his career, Gumel has written nearly 170 peer-reviewed research papers and received an array of awards and honors. He and his then-graduate student at Arizona State University, Kamaldeen Okuneye, received the Bellman Prize last year at the Annual Meeting of the Society for Mathematical Biology for their paper on the links between malaria transmission and climate. This year, Gumel was named Fellow of the Society for Industrial and Applied Mathematics as well as the American Mathematical Society.

“It was a remarkable achievement to attract to Maryland a mathematician who is one of the world’s leading experts on mathematical epidemiology and mathematical biology,” Levy said. “Dr. Gumel’s research touches on many aspects of the university’s grand challenges agenda, including pandemic preparedness and climate change. We are very fortunate to have him as a colleague.”

Gumel has built his mathematical career by providing solutions and formulating strategies for effectively controlling or mitigating infectious diseases, but that wasn’t always the end goal. Although he received a “classical training” in mathematics from Bayero University in Nigeria, he did not learn about math’s practical applications until he started a Ph.D. program at Brunel University in the United Kingdom. At the time, his advisor used mathematical equations to study the absorption rate and optimal dosage of topical drugs.

“I never knew mathematics could be useful in answering any real-world questions. I just knew how to prove theorems,” Gumel said. “I was fascinated that mathematics could be used in medicine, and later I learned about other applications, such as in cosmology, natural and engineering sciences, economics and even social sciences. To use it to answer questions and solve some of the most important grand challenges facing mankind—it’s just amazing. I’ve been hooked ever since.”

In the coming years, one of Gumel’s top research goals is working toward the global ZERO by 40 initiative, which aims to eradicate malaria by 2040. Although malaria-carrying mosquitoes are moving into new geographic areas—in large part due to climate change—Gumel believes eradication is a realistic goal.

“I think that a genomic epidemiology framework, and mathematical modeling based on that, can provide the insight and tools that are needed to eradicate malaria,” he said. “We have a responsibility to wipe it out, and I think there’s a huge concerted effort now to achieve this objective.”

Gumel said a better understanding of genomics and epidemiology could lead to a vaccine that stops the spread of malaria among humans. He is also studying the links between malaria transmission and mosquito insecticide resistance, a significant barrier to eradication. He stressed that “the era of mathematicians working in silos is long gone,” and that these challenges require collaboration across fields.

“To solve some of the world’s most important grand challenges, researchers must work across disciplines,” he said. “We have to adopt a multi-faceted, multi-disciplinary approach to science.”

While discussing his work, Gumel frequently redirects the conversation to the students who play a central role in his research. He believes the most rewarding part of his job at UMD is helping his students appreciate the beauty of numbers—just as his uncle did for him—and their power to change the world. He instills in his students an appreciation for the elegance, precision, rigor and widescale applicability of mathematics and its centrality to explaining our observable universe and solving our grand challenges.