Meet Three Ph.D. Students with a Shared Love for Mathematics

When you think of the Department of Mathematics at the University of Maryland, you think of excellence. The department has a history of countless Banneker/Key Scholars and Goldwater Scholars, successful alumni (including a Nobel laureate), and award-winning faculty members. The department also runs highly ranked graduate programs in mathematics and mathematical statistics and is a major participant in the Applied Mathematics & Statistics, and Scientific Computation (AMSC) interdisciplinary graduate program. Below, meet a Ph.D. student from each program. 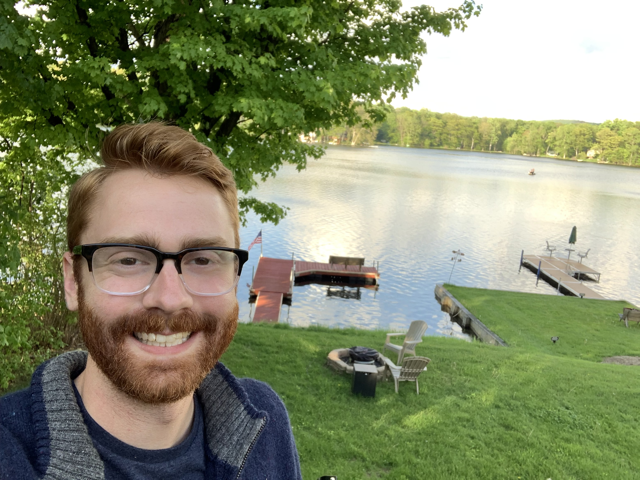 For Patrick Daniels, mathematics was a big part of growing up. His mother was a high school math teacher.

“I've been interested in math for my whole life,” he said. “Math is like doing a puzzle, and my whole day is spent solving them. It’s really fun.”

While Daniels has always loved the subject, he didn’t consider getting a Ph.D. in mathematics until he was halfway through his undergraduate studies at SUNY Geneseo.

“I initially thought I wanted to work in finance or something like that,” Daniels explained. “I hadn't met anybody with a Ph.D. until I was in college. I didn’t know getting a Ph.D. in math was an option.”

As an undergraduate, Daniels began taking math classes and soon realized they were more fun for him than his economics classes. He did a math research project his junior year, and by his senior year, he knew that a Ph.D. in mathematics was the right way to go.

Daniels started at the University of Maryland in fall 2013 and earned a master’s degree in mathematics in 2016. He has been working on his Ph.D. since then with his advisor, Mathematics Professor Thomas Haines, and will graduate this semester.

Daniels’ research falls under the broad umbrella of the Langlands program, which is a web of far-reaching and influential conjectures about connections between number theory and geometry. Daniels’ contribution to this program is the definition of new geometric objects, which generalize previously known objects, and whose study should yield important number-theoretic information. He published a single-author paper about this research in the journal International Mathematics Research Notices in December 2019.

“Having my work published felt great,” Daniels shared with pride. “The whole process of writing the paper took me three or four years, total.”

When he’s not working on his research, Daniels works with the UMD Directed Reading Program in math, which pairs undergraduates with graduate student mentors and gives the undergraduates an opportunity to study an advanced mathematical topic outside of the standard curriculum. He also helped contribute to the curriculum for Girls Talk Math, a summer camp for high school girls hosted at UMD.

In the fall, Daniels will begin a postdoctoral fellowship at the University of Michigan. His ultimate goal is a career in academia. 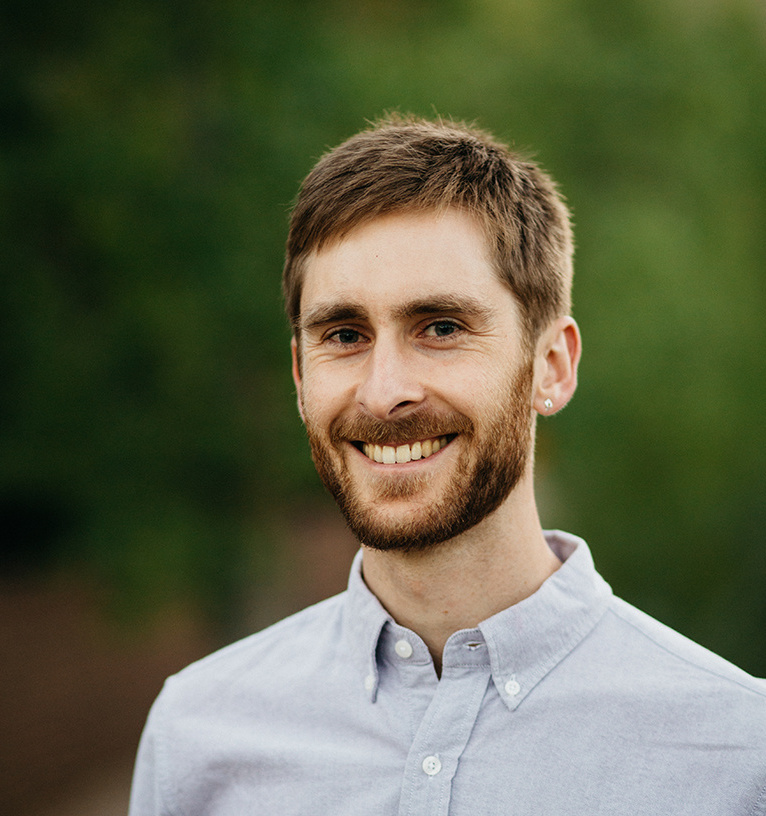 “I was an engineering student at first, and I realized the reason that we could do all these cool engineering things was because of what the equations let us model, so I decided to learn more about those equations,” he explained.

McElfresh graduated from the Colorado School of Mines with both a bachelor's degree in engineering physics and a master’s degree in applied physics in 2013. As he took physics courses for his degrees, McElfresh began to realize that he was less interested in the physical world and more interested in math. After he applied to graduate programs, he reached out and spoke candidly to students and faculty members in the AMSC program who helped him feel confident about pursuing his Ph.D. in AMSC with a concentration in applied mathematics.

“I found that there are a lot of really supportive and motivating people that allowed me to see myself in that program,” McElfresh shared. “Seeing people having a good time, supporting each other and succeeding on their own in the AMSC program really helped me decide that I could do this Ph.D. thing.”

“Whether it's matching kidney or blood recipients with donors, there are many matching and resource allocation problems that are hard or impossible to solve without a computer,” he explained. “It’s necessary to use algorithms to solve these problems, and behind those algorithms are mathematical models that we develop.”

McElfresh has published four first-author conference papers and co-authored three others, and he has multiple papers under review. Once he finishes his Ph.D., he plans to enter into academia to teach and share his love of applied math with the next generation of math students and researchers.

“In the world of applied math, things are changing so quickly, and there are so many emerging application areas. I feel like it would be really rewarding to educate a cohort of students to go off and make cool applications of their own,” he said. 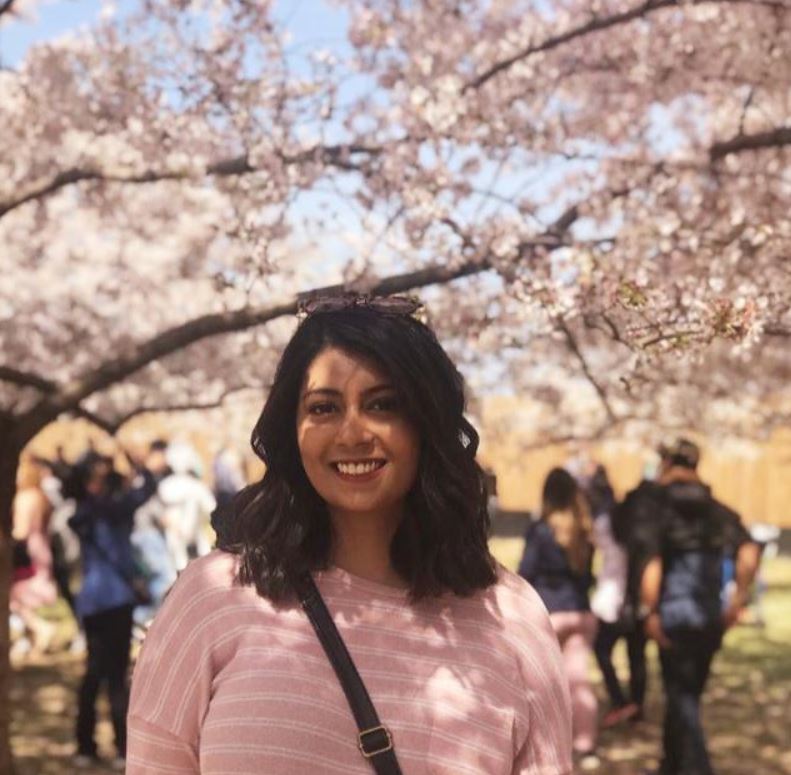 “She was the most enthusiastic person you could ever imagine,” recalled Saxena, a mathematical statistics Ph.D. student. “I wasn’t the best in math, just a little above average, but ever since that class, I’ve enjoyed it. I have to give the credit to her for making me like it.”

That spark of interest in mathematics carried Saxena through her teenage years when she attended math camps for fun. Now, as an adult, she enjoys math lectures in much the same way.

“I enjoy the discussions, even when I don’t get anything tangible from them that I can use in my research,” she shared. “When I go to seminars or talks, I just find the topics interesting.”

During her undergraduate studies at North Dakota State University, Saxena was a math and computer science major, and toward the end of her studies, she realized that it was mathematics that truly captivated her.

“Math is amazing,” she explained. “You are able to take something very, very little and exploit it or manipulate it enough to answer questions.”

In fall 2018, Saxena came to UMD to begin her Ph.D. with Mathematics Assistant Professor Vince Lyzinski. Her research focuses on graph matching to measure the similarity between two graphs or networks. Lyzinski and collaborators at Johns Hopkins University developed an alignment strength algorithm, which Saxena is applying to brain data of tiny model organism worms. If you consider the brain a network of connected nodes, this algorithm can determine whether the communication network of one worm is strongly aligned or varies from a different worm. Once she confirms the algorithm’s robustness with these small networks, Saxena plans to test it on larger ones.

Saxena is also working with Associate Research Professor Charles Harry, who has a joint appointment in the School of Public Policy and the College of Information Studies, to analyze financial attacks around the world, such as theft from a personal bank account or ransom malware. Their goal is to predict the type of attack based on a country’s socioeconomic status, looking at indicators such as its gross domestic product and percent of people who have access to electricity. They use data provided to them by Chronicle, Google’s cybersecurity moonshot project, to better understand how socioeconomic factors might play a role in the targeting process used by criminals.

Saxena will begin working this month with the National Consortium for the Study of Terrorism and Responses to Terrorism (START), which is headquartered at UMD, to update and analyze existing databases on terrorists.

When she’s not conducting research, Saxena volunteers for Girls Talk Math so that she can give young girls the same fun math camp experiences she had growing up.

“We do things like develop an escape game for them to play based off of math clues they learned in camp last summer,” she shared. “It’s a way for us to follow up with the students and keep them engaged.”

After graduating from UMD, Saxena hopes to pursue a career in the intelligence field and work for the National Security Agency or the FBI. But she never loses sight of the middle school teacher who inspired her so many years ago.

“I still talk to Ms. Backlund today,” Saxena said. “She’s written many letters of recommendation for me throughout the years. I appreciate her a lot.”