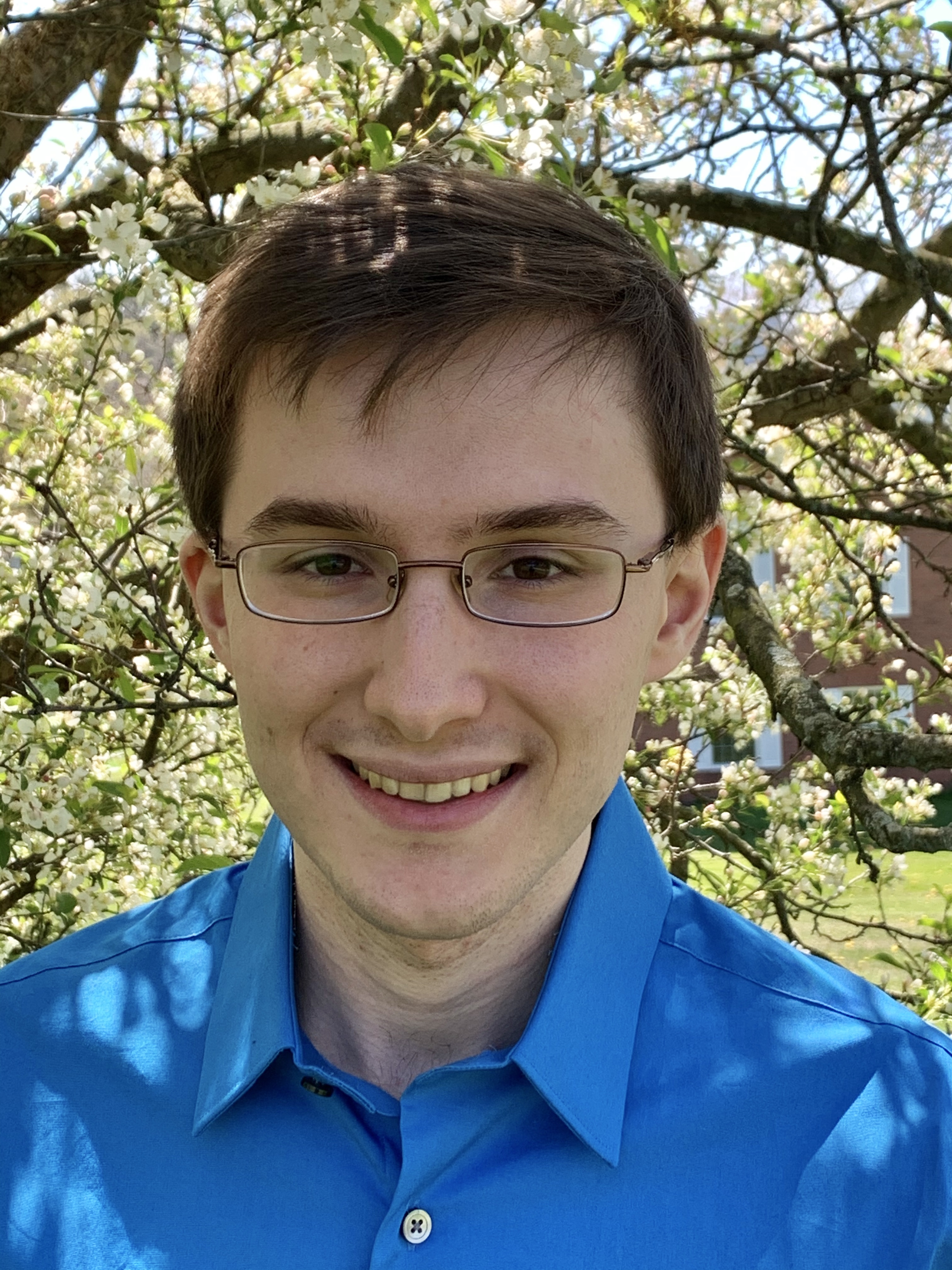 Years ago, when college and career were still far from his mind, a young Michael Nastac watched a television show that would ultimately shape the trajectory of his life. The program was “Cosmos: A Personal Voyage.” As Nastac listened to scientist Carl Sagan discuss space and the universe in the context of humanity, it sparked in him an irrepressible interest in mathematics and science.

“Before I saw the show, I didn’t think of math and science as beautiful. But after watching it, it changed the way I looked at the subjects,” explained Nastac, now a senior mathematics and physics dual-degree student at the University of Maryland. “To understand the world around us requires mathematics.”

Nastac had a new appreciation for math from that day on, but it wasn’t until his senior year of high school that he began to see it as a potential major and ultimately a career path.

“My senior year, I took a math class that introduced me to the notion of mathematical proof,” Nastac explained. “This class showed me that mathematics is so much more than a tool to do calculations and that there is beauty in establishing mathematical results in a controlled and rigorous manner. It was this experience as well as math courses I took my freshman year at UMD that motivated me to pursue a math degree.”

When he arrived at UMD in fall 2016 as a Banneker/Key Scholar and a member of the University Honors program, Nastac hit the ground running. He began working with the Plasma Theory Group in the second semester of his freshman year, with Physics Professor William Dorland as his advisor.

“I knew nothing about plasma theory before coming here, and I happened to find something that I really love,” Nastac said. “And I found that Maryland actually has one of the best plasma physics groups in the world. I feel very grateful.”

Nastac’s work with Dorland led him to exciting international opportunities. Dorland invited him to attend the 2018 and 2019 Plasma Kinetics Working Meetings at the Wolfgang Pauli Institute in Vienna, and Nastac gave an oral presentation at the meeting last summer. He also gave talks on heating in weakly collisional plasmas at the Princeton Plasma Physics Laboratory and the University of Oxford in England in 2019.

At the virtual campus commencement ceremony in May, Nastac will receive the 2020 University Medal—the highest honor the university can bestow on a graduate. To help him pursue post-graduate studies, Nastac was awarded a National Science Foundation Graduate Research Fellowship, a National Defense Science and Engineering Graduate Fellowship, a Department of Energy Computational Science Graduate Fellowship, and a Clarendon Scholarship from the University of Oxford. He chose to accept the Clarendon Scholarship, which covers all fees and provides a living stipend for the duration of his Ph.D. in theoretical physics.

“I visited Oxford last summer and their plasma physics group is such an amazing and inspiring group, which made me want to go there for graduate school,” he said. “The intellectual atmosphere there is top notch and it's a beautiful place. It feels like you’re in Hogwarts.”

While Nastac’s next degree won’t be in mathematics, math will still be a part of him and everything he does. And he wouldn’t want it any other way.

“It’s impossible to do theoretical physics without mathematics. It’s critical for being a physicist,” Nastac explained. “The reason why I like math so much and why it’s so crucial is mathematical arguments don’t have holes, and you never have to take things for granted. It brings joy when you understand something deeply, and mathematics is a way of thinking that embodies that feeling.”