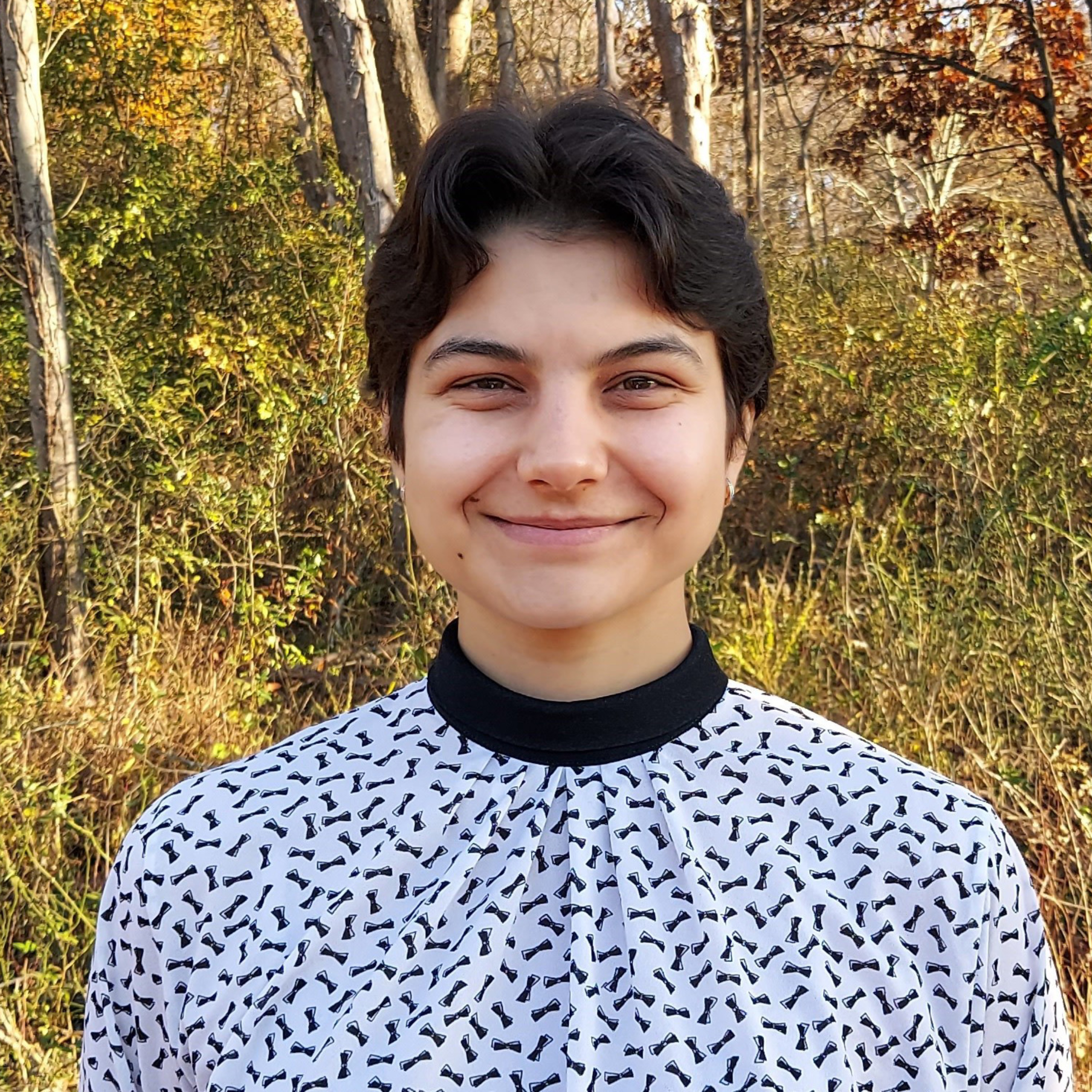 She will use the scholarship to pursue a master’s degree in speech and language processing at the University of Edinburgh.

“The Marshall Scholarship is not only immensely prestigious, but extraordinarily selective. To be amongst this new class of Britain-bound all-stars is testament to Nataliya’s brilliance, vision, and determination to change the world,” said Richard Bell, a UMD professor of history who serves as UMD’s advisor for U.K. scholarships and fellowships. He also chairs the university’s U.K. awards nomination committee.

Stepanova, a double-degree student in mathematics and computer science with a minor in linguistics, plans to use the scholarship toward a Master of Science degree in speech and language processing at the University of Edinburgh.

“I am extremely grateful for this amazing opportunity,” said Stepanova, who was born in Russia and moved to the United States when she was 2 years old. “Receiving the Marshall scholarship would not have been possible without the endless guidance I have received from UMD programs, passionate professors and supportive research mentors. I look forward to spending my time in the United Kingdom learning from natural language processing experts and collaborating with a global network of language scientists.”

As a research assistant in the Applied Research Laboratory for Intelligence and Security (ARLIS), a University Affiliated Research Center (UARC) sponsored by the Department of Defense, she worked on a project investigating the impact of transcutaneous vagal nerve stimulation on foreign language learning.

“Nataliya is a gifted student and has become the bar against which all other undergraduate researchers I hire are judged,” said Polly O’Rourke, who was Stepanova’s supervisor and is an associate research scientist at ARLIS. “She excelled at every task we gave her, even when the tasks were difficult or outside her experience.”

In another ongoing ARLIS project in collaboration with the National Consortium for the Study of Terrorism and Responses to Terrorism (START), she is using natural language processing techniques and machine learning to investigate to what extent one can predict the number of shares Eastern European social and political influencers’ Facebook posts would get, based on the topics discussed in the posts.

She learned a similar lesson through a U.S. Department of State Critical Language Scholarship, where she spent a summer in South Korea.

“Interacting with native Koreans allowed me to pick up on slang, emoticons and internet lingo that I could not have learned from a textbook,” she said. “Such informal language constitutes a critical component of social media analyses.”

Back on campus, she is a Banneker/Key Scholar, earned a citation from the University Honors program and participated in the PULSAR interdisciplinary language science program. Stepanova served as a Department of Mathematics Strauss Teaching Assistant for calculus I and II, participated in and served as a teaching fellow for the Global Fellows in Washington, D.C. program, and taught math in Russian to bilingual elementary school students. She also volunteered with the high school Maryland Science Olympiad and the Chesapeake Education, Arts and Research Society.

Stepanova’s long-term plans involve gaining expertise in natural language processing research—either through a Ph.D. program or an industry position—and acquiring legal and policy knowledge that will ensure her research findings are used to inform smart and effective policy.

“I also hope to contribute to the development of policies regulating social media content that endangers public health,” she said. “My time spent at Edinburgh will ensure that my research on misinformation is rooted in an understanding of the global trends in English-language social media propagation and can thus be used to advise social media regulation policies developed both in the U.S. and the U.K.”

Founded by a 1953 Act of Parliament and named in honor of U.S. Secretary of State George C. Marshall, the Marshall Scholarships commemorate the humane ideals of the Marshall Plan and they express the continuing gratitude of the British people to their American counterparts. The first class of 12 Marshall Scholars arrived in the United Kingdom in 1954; those elected today will enter universities in 2021.

The scholarships, which can be extended up to three years, provide university fees, cost of living expenses, an annual book grant, a thesis grant, research and daily travel grants, fares to and from the United States, and a contribution toward the support of a dependent spouse.