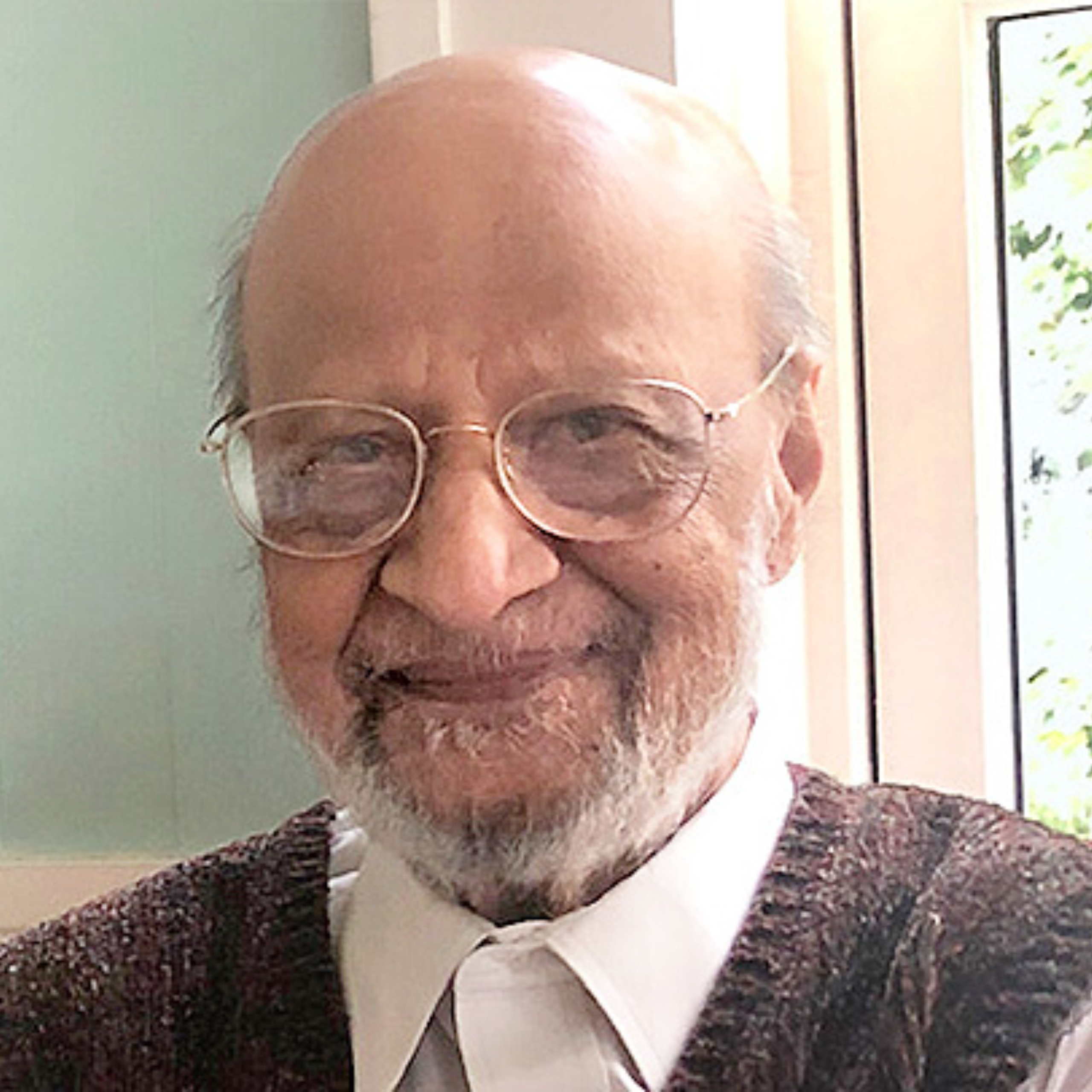 On November 13, 2021, the Bhatia family hosted a memorial service in the James A. Yorke Rotunda of Kirwan Hall at the University of Maryland to celebrate the life and work of Adjunct Professor of Mathematics Manjit Bhatia, who passed away last year at the age of 84. More than a decade ago, Manjit helped launch the department’s advanced mathematics tutoring program. Now known as the Help Sessions program, it helped countless math students take on the biggest challenges in their studies and achieve academic success.

“Bhatia was a very caring person who loved to help people,” said Mathematics Professor Lawrence Washington. “For several years, he volunteered his time to help students in gateway upper-level courses. Quite often, one-on-one help can remove roadblocks and clear up misconceptions and the students loved his help.”

Anyone who met Manjit quickly realized one thing: he was crazy about math. And no matter where he was, whether on campus, at home or just about anywhere else, Manjit never stopped teaching.

“He was passionate about math and he was passionate about learning. We would go on trips and he would start talking to taxi drivers and then advising them, talking about mathematics,” explained Kiran Bhatia, his wife of 53 years. “I would say to him sometimes, ‘Let us just be on vacation now,’ but he was just a born teacher. He would give all of his attention to trying to educate himself or the people around him.”

“We spent at least an hour a day from when I was 2 years old till high school,” Pravir recalled. “My father gave me all the tools to succeed in mathematics and I was doing calculus by ninth grade. He wouldn’t let you get away without knowing stuff.”

Pravir, who now runs part of a quantitative trading strategy for one of the world’s top hedge funds at D.E. Shaw Group, understood even that that there was more to those nightly math sessions than just solving problems.

“I think the important thing was how much he loved it,” Pravir said. “I remember when I was doing it, I mean I wasn’t great at it, I was good, but just the smile on his face when I absorbed a concept kept me going. He was a crazy fun person to learn from.” 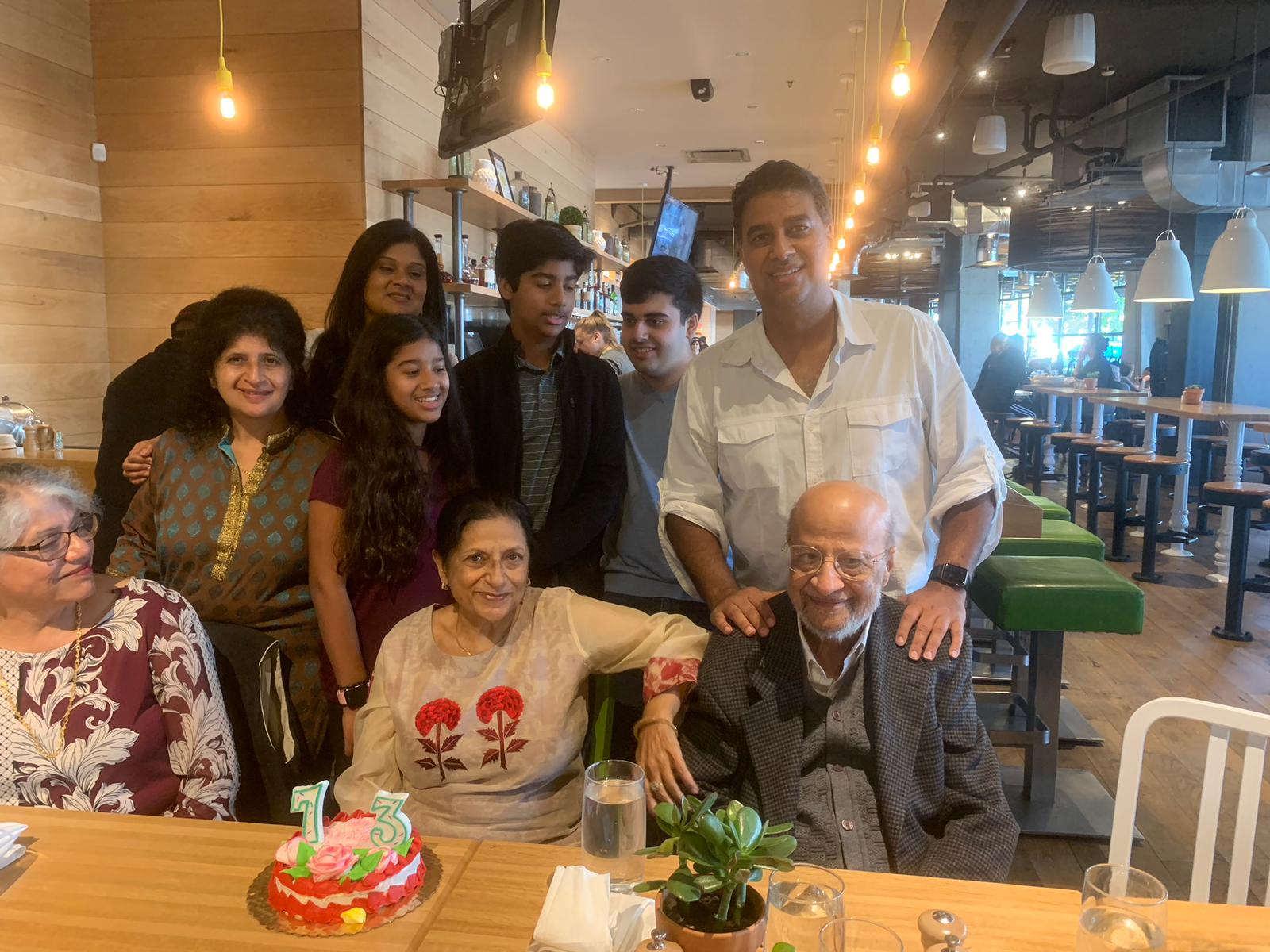 Manjit taught college students. He taught kids in the neighborhood. He even taught mathematics to relatives’ children when he went home to India for visits. Yet he never seemed to run out of passion or energy for the task.

“He was everybody’s teacher,” Pravir said. “I have friends who knew that when they came over and spent the night, they were going to get drilled on their math. Many years later, they would tell me how tough and intimidating those sessions were, but also how good they were from a learning perspective.”

By 2008, Manjit retired from Bowie State University, but he still wanted to teach. So, he came to College Park and offered his help.

“My memory is that after he retired from Bowie, he contacted the department and offered to provide free tutoring,” Washington said. “The department gave him an office and he got started.”

Manjit was off and running—almost. Before he started one-on-one tutoring with students, he wanted to make sure he was prepared.

“He would actually go attend classes so he could help students taking those courses,” Kiran explained.

“Before he would tutor, he audited my MATH410 class on advanced calculus, and that is where I got to know him,” Gulick explained. “He thought that having tutoring sessions available could help students taking that class—the most rigorous undergraduate math class—which all math majors must take and pass. He was anxious to help students and after he felt that he was prepared well enough, that is when he started the Help Sessions. Toward the end of his time at UMD, he took and fell in love with MATH406: Introduction to Number Theory. Then, he taught it a few times himself.”

Solving problems “at all hours”

Even when he was in his 70’s and 80’s, Manjit never missed a chance to help solve a problem.

“He got emails all the time from students trying to solve problems,” Kiran explained. “Sometimes they came at 1 o’clock or 2 o’clock in the morning and he would start working on them at 4 a.m. By 2019, when you could find answers on the internet, there were still people emailing him at all hours asking him to help them solve problems, and he did. He was the person who got up at 5 in the morning to do problem sets till he was 83 years old.”

Manjit’s passion for mathematics and teaching touched many lives, on campus and beyond—more than even his wife realized.

“One of our friends’ kids—he’s grown now—came to my husband’s funeral service and he said to me, ‘Oh, he taught me so much,’” Kiran recalled. “And I said, ‘When? You never took a class from him.’ And he said, ‘No, but when he came to our house, he would always come to see me and give me something to do like a math puzzle or a mathematics problem to solve.’ I didn’t even know that. He would just engage people wherever he went.”

A gift for the future

In 2015, a few years before Manjit passed away, he and his wife created the Help Sessions Endowed Fund, making a gift to the Department of Mathematics to help keep his free tutoring program alive.

“We discussed it, and he said if something happened to him, he wanted the program to continue,” Kiran said.

Pravir hopes his father’s passion for mathematics and his commitment to helping students succeed will be remembered for years to come. And with continued support for the Help Sessions Endowed Fund, Pravir believes the free tutoring work that was so important to his dad will keep making a difference.

“I’ve put money in, my friends and my company put money in, too, and I hope others will as well,” Pravir said, “because that’s all my father ever wanted, to keep this going.”

He wanted to provide help and support for any mathematics student who needs it—now and for years to come.

“Despite wearing a turban, my father was never much into ritual or gatherings—so in a way hosting an event for him with friends, family and colleagues is a bit ironic,” Pravir reflected. “It never would have occurred under his watch. Maybe, when my father is looking down from far above, he’ll be happy that people got together and did this in the Math rotunda—his true temple.”